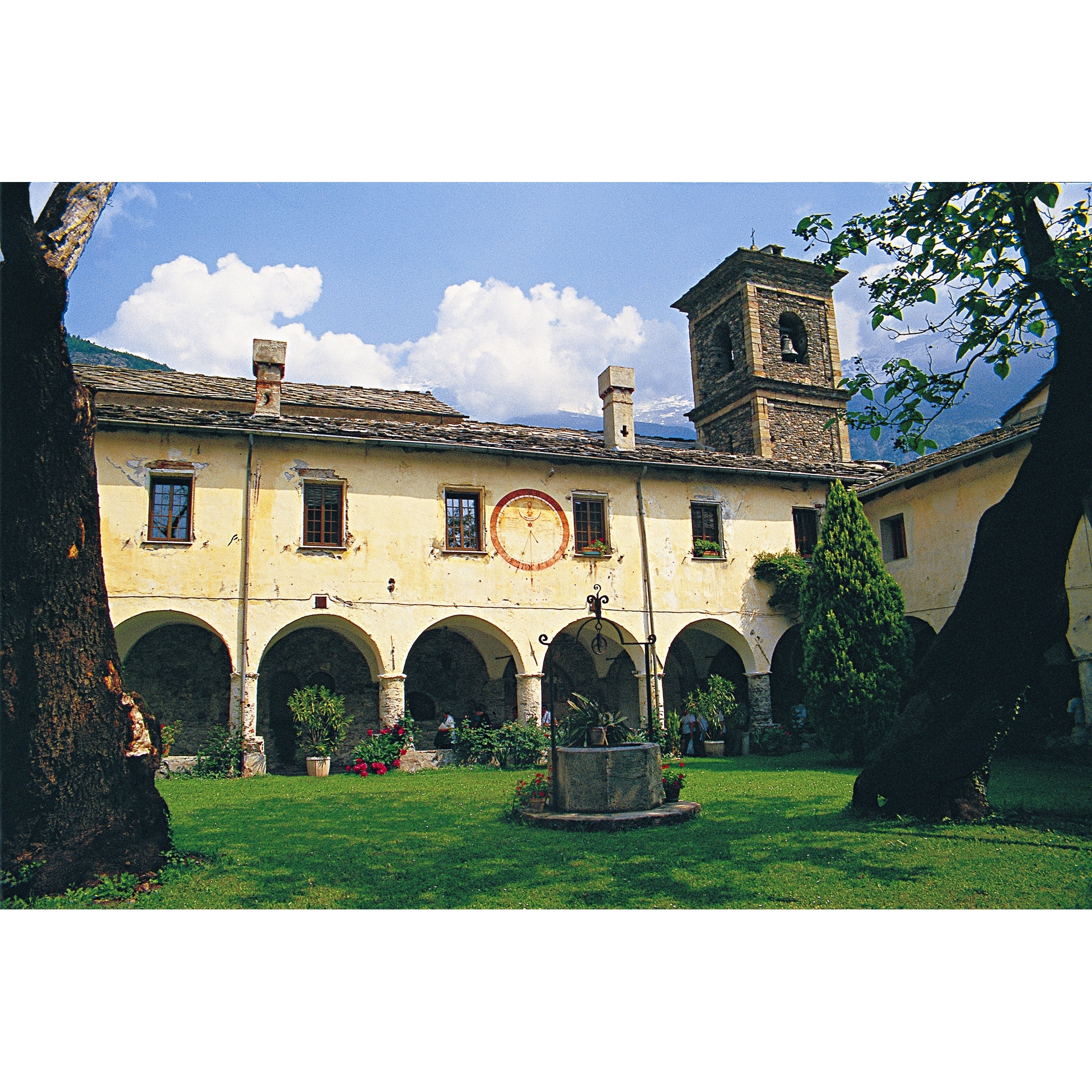 The abbey of SS. Pietro e Andrea was founded in 726 by Abbone, governor of Maurienne and Susa, along an important pilgrimage route which became an important stage of the Via Francigena; it reached the height of its splendour during the Carolingian period (IX century) when it hosted more than five hundred monks.
Charlemagne himself stayed here for a long time before attacking the Lombards of King Desiderio at the Chiuse of San Michele, thereby ensuring the Abbey became very powerful. The famous library where monastic copyists transcribed and illuminated codes was inaugurated during this period. In the 10th century, the Abbey was destroyed by Saracens.
The Church was rebuilt in 1710 and restored in 1890, however the perimeter walls are still original, as is the 11th century fresco depicting Stephen. The Abbey Park hosts four medieval chapels dedicated to San Salvatore, San Michele (also known as the Chapel of Saint Peter), Santa Maria Maddalena (with a painting of Mary with the Holy Grail) and Saint Eldrado (which is important as it still has 11th century frescoes representing the lives of Saint Eldrado and San Nicola).
The archaeological museum of the Abbey may also be visited. In 1973 the monastery was returned to the Benedictine monks and more precisely to the Congregation of San Giorgio, which has begun an important restoration activity of ancient books.