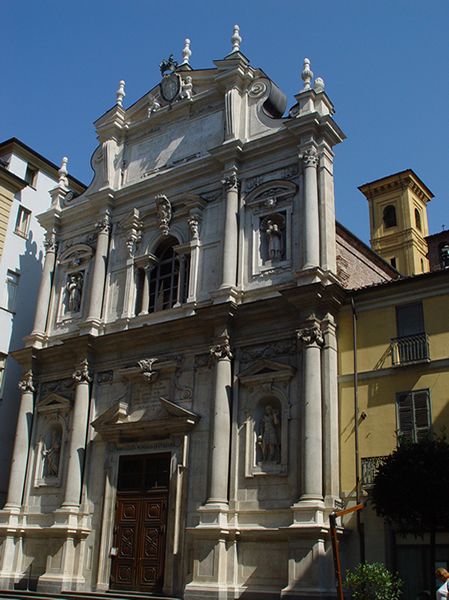 Very close to the Duomo, this church commemorates the Eucharist miracle of Torino of 6 June 1453. The Canon of Corpus Domini was Giuseppe Benedetto Cottolengo who, in some of the rooms of a nearby house, began his work of assisting the diseased who no-one else wanted to take care of. Later on, the «Piccola Casa della Divina Provvidenza» was built on Valdocco land, where it still stands. The church (17th century) rises on the spot of the votive shrine built in 1510 in thanksgiving for the miracle.