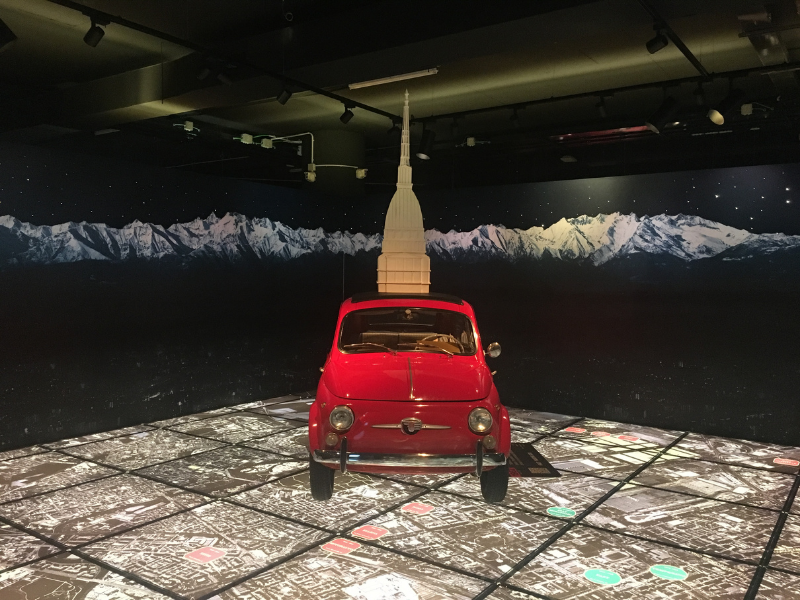 A must-see for car enthusiasts, the Museum was set up in 1932, on the left bank of the Po River, based on the idea of two pioneers of Italian motoring, Cesare Goria Gatti and Roberto Biscaretti di Rufﬁa.
It was Roberto’s son Carlo who conceived the initial collection: the “steam vehicle”, by Virginio Bordino (1854), the ﬁrst Benz model (1893), the ﬁrst Peugeot model to circulate in Italy, the Pecori, the ﬁrst three-wheeled car built in our country, just to mention a few of the most valuable exhibits.
The futuristic refurb, completed in 2011, has helped to reposition the museum within the Italian cultural sector: the new exhibition - included in 2013 by The Times in its list of the top 50 in the world - extends over three ﬂoors and takes visitors on an emotional journey among vintage vehicles and dream cars, important prototypes and iconic models, while songs from the Sixties and the rumble of Formula One engines can be heard in the background.

It is possible to download a free audio guide. Buy online.