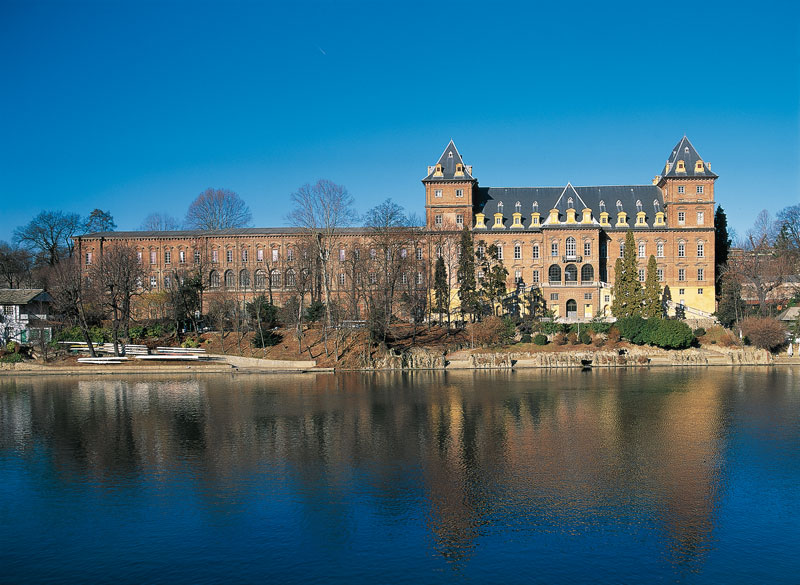 In the green heart of the 19th century park of Torino, the Castle of Valentino had various uses over the centuries before being taken over by the Faculty of Architecture of Torino Polytechnic.
In the 1500s it was a riverside residence located out of town, and its period of maximum splendour was under Christine of France, the first regent in the Savoy State, who chose it to be the palace of entertainment, extending it according to French tastes and promoting the rich decoration of the rooms on the piano nobile.
After her death, the parties that the Madame Royale enjoyed organising were no more, and just a few decades later one of the side gardens was turned into the Botanical Gardens for the University, which can still be visited. During the 19th century, the castle was radically altered due to the Exposition of 1858 initiated by Cavour.