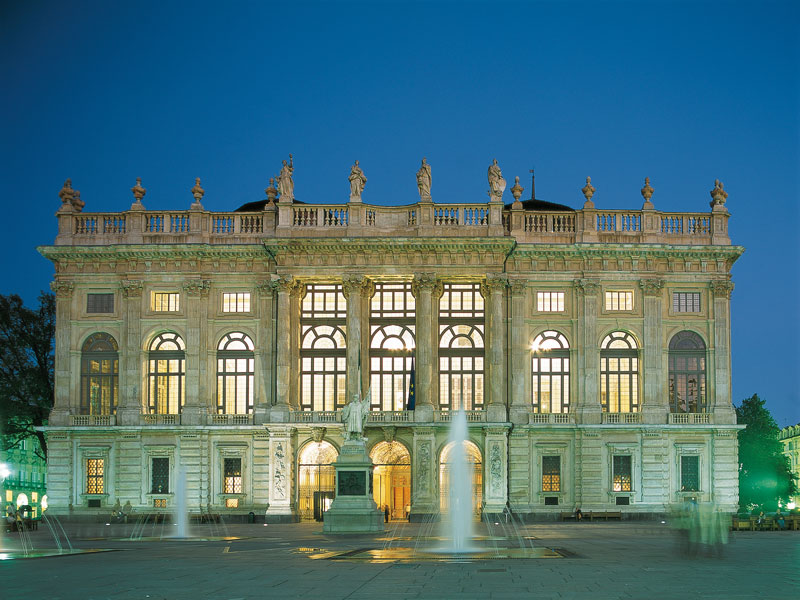 From baroque masterpiece to Senate of the Kingdom
A visit to the Madama Palace is a way of travelling through time: from its Roman foundations to the medieval towers and on to the sumptuous baroque of the staircase by Juvarra.
The palazzo has its origins in a Roman castrum (military defence complex), but the name of the building refers to the Madame Royale title for both Marie-Christine of France and Marie Jeanne Baptiste of Savoy-Nemours who were the driving force behind the modernisation project that culminated in the construction of the grand staircase and the elegant facade by Filippo Juvarra.
In the 19th century, Court life was replaced by politics: Charles Albert based the first Royal Senate here and it was from here that the birth of the Kingdom of Italy was declared. Since 1934 it has been the Municipal Museum of Ancient Art.

On Saturdays, Sundays and holidays, online or telephone booking is recommended, but it is not mandatory. It is also possible to book with the Torino + Piemonte card