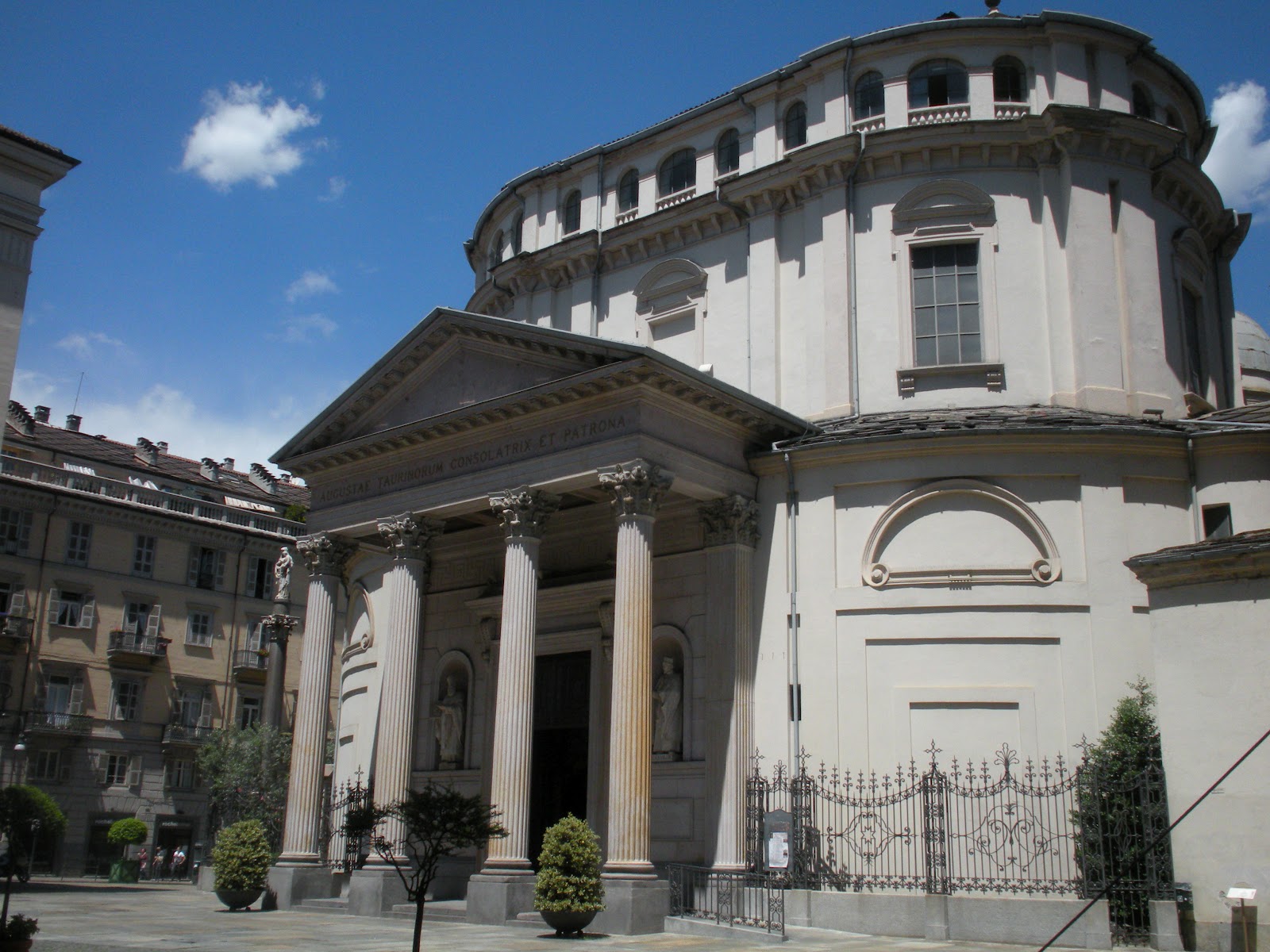 The sanctuary of Mary the Comforter, closely linked to the worship of the Virgin Mary, has very ancient origins. Dedicated originally to Sant’Andrea, it was already in existence in the 10th century. Of the medieval period there remain the bell-tower and perhaps the underground chapel of Madonna delle Grazie. The radical extensions were designed by Guarino Guarini (1678), while Filippo Juvarra added the oval presbytery (1729). The neoclassical facade dates from 1860; further additions were made in 1899-1904 under the guidance of Carlo Ceppi. The interior is designed to enhance the sumptuous high altar by Juvarra on which there are two adoring angels in white marble by Carlo Antonio Tantardini and the painting of the miraculous Virgin Mary.