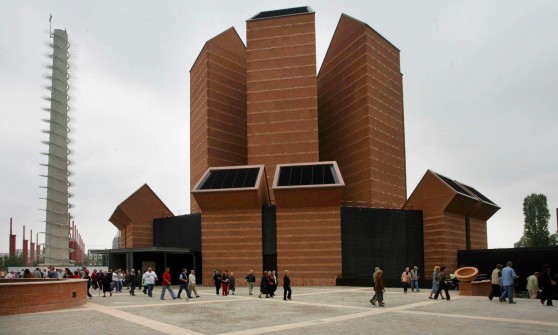 Designed by Swiss architect Mario Botta and the first church of the twenty-first century, it consists of seven towers around the perimeter, 35 metres tall, and a post-modern bell-tower which, inside, incorporates the old factory chimney on which the church was built.

SAFETY RULES:
The capacity of the church is about 400 people, but currently, in compliance with the regulations established by the Region, the number of entrances are regulated and limited to 200 people.

Services and accessibility
Services
Keep in touch with us...
Subscribe to our newsletter!
Fuoritorino
Residenze Reali Sabaude del Piemonte
OUR CARDS
Convention Bureau