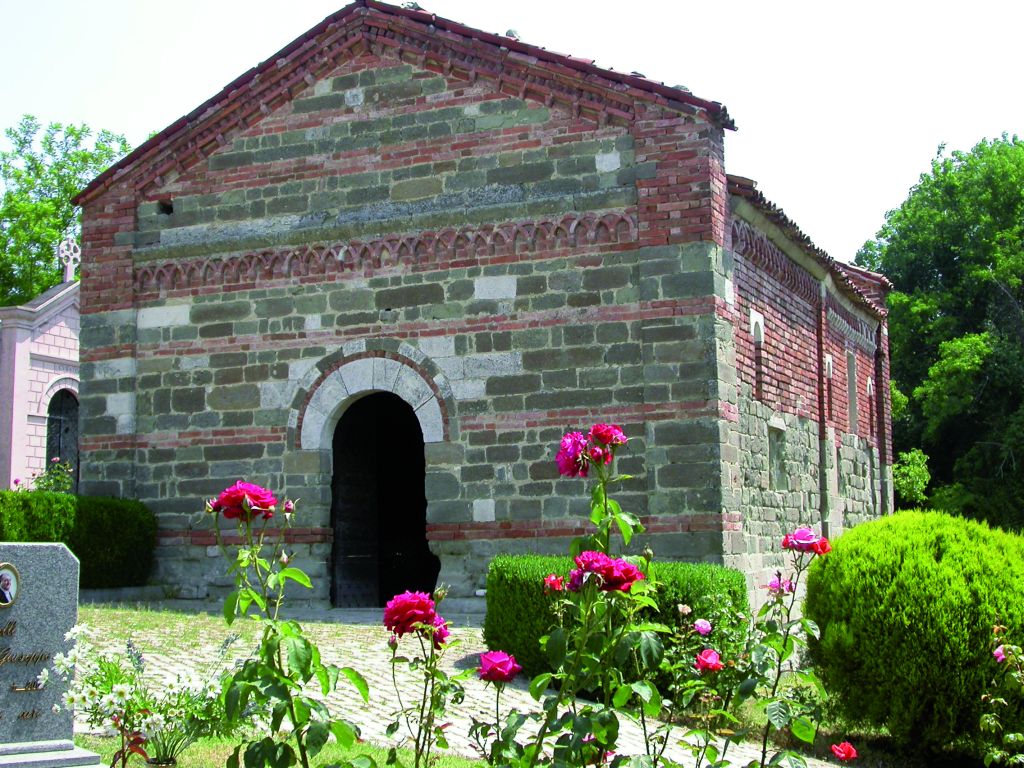 Km 5,5 / Elevation change + 5,5
Before getting back on the route, from Vezzolano a short detour on a paved road will take you to Albugnano and the Romanesque Church of San Pietro in which there is a precious apse crowned by intertwined blind arches. Climbing to the Parish Church, a spectacular view of all Piemonte can be seen.

Beautiful views can be seen along the section between Vezzolano and Castelnuovo Don Bosco. Among the vineyards of Freisa is reached the Romanesque Santa Maria di Cornareto, unusually north facing and, just before entering the village, the Church of Sant'Eusebio, a bit lower than the ground level: the original Romanesque building, which sank because of a landslide, was used as a base for the later reconstruction. The old town is dominated by the Medieval tower of Rivalba, next to which is the baroque Church of Madonna del Castello; the Parish Church of Sant'Andrea, with an 18th century facade, houses a painting by Guglielmo Caccia known as "il Moncalvo".