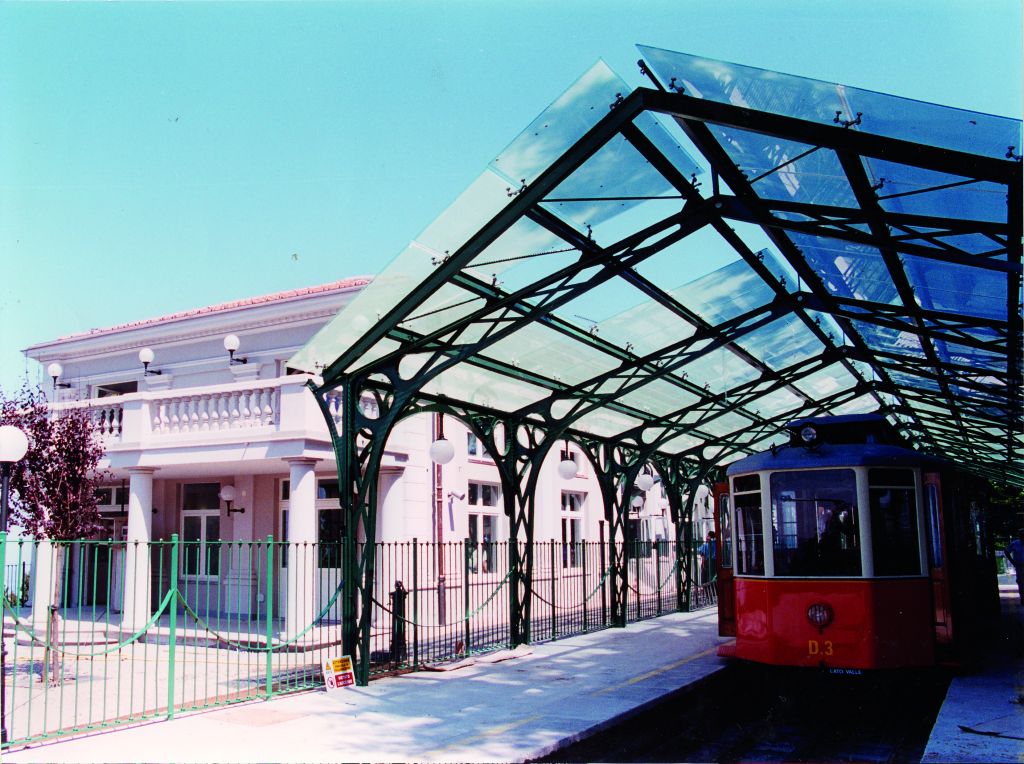 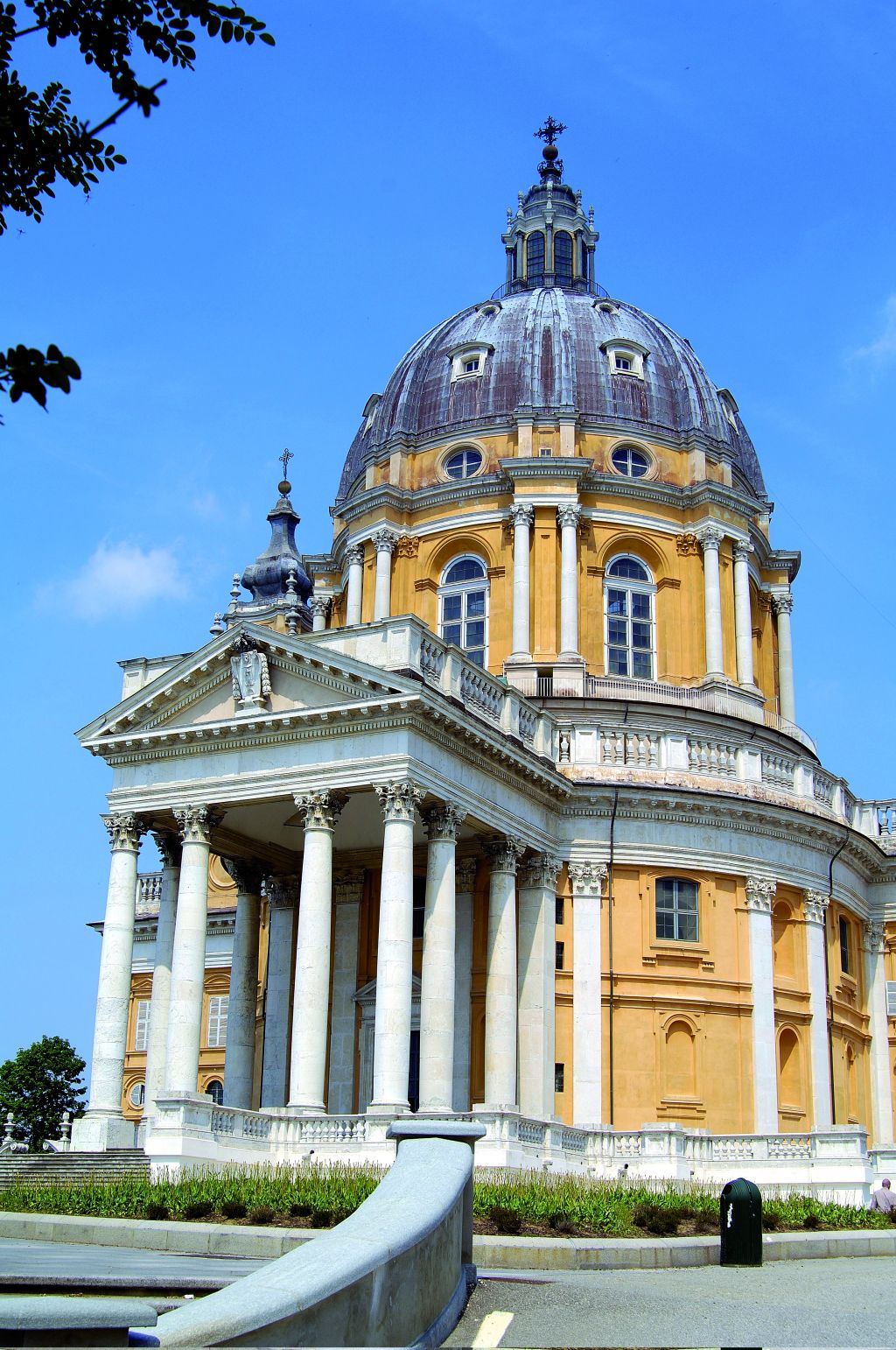 Km 9 / Elevation change + 428
This itinerary along the Via Francigena starts from the Sassi district of Torino, in Piazza Modena. It is also where the historic rack-railway train starts its climb to Superga: the only one of its kind in Italia, it offers visitors beautiful views and a journey of bygone times in the original carriages.
From Piazza Modena the route heads along the Strada Comunale di Superga (marked itinerary No.28) which quickly rises among prestigious villas and manor parks, coming to a barrier stopping vehicles entering a forest road: taking this road, it first descends slightly and is then flat for about 600m, when route No.29 is met. After a small ford, the cart track starts to descend, but has to be left after about 50m, where you turn right into a sharp climb. This way leads to an electricity pylon, which is the start of a long section across the hillside. Near to a sharp bend to the right – from which there is a first view of the Basilica of Superga – you leave the No.29, returning to the No.28, going up the hill ridge until reaching the sharpest hairpin bend of the Strada Comunale di Superga. Continue uphill along a wide track that leads to Pian Gambino: here, having reached the horizontal cart track, turn left where you come to the hillcrest.
From this point, the route is marked by a blue footprint on a white background.
The path comes out at a house close to an underpass, stays flat while going towards the section that leads to the head of the Valle di Costa Parigi, goes over a stretch of landslide and a ford, then starts to climb steeply along the ridge. This will take you to a dirt road that passes the entrances to Villa Canale and the former Provincial Childhood Institute and, shortly after the underpass beneath the rack-railway train, the Strada Vicinale della Funicolare di Superga: turning left you will soon reach the train station from which you climb to the square in front of the Basilica.
On 2 September 1706, Duke Victor Amadeus II of Savoy and Prince Eugene of Savoy-Carignano climbed the hill to observe Torino being besieged by the French and Spanish: the Duke swore that, if he was victorious, he would build a monument to the Virgin Mary. And so it happened: on 7 September, Piemonte won the battle.
The building's design was entrusted to the Sicilian architect Filippo Juvarra: work began in July 1717 and the Basilica was inaugurated with a solemn ceremony by Charles Emmanuel III of Savoy on 1 November 1731. The only way to reach the top of the hill (672m, the second highest in Piemonte) at that time was along a very poor, rocky path, and so all the materials had to be taken up by donkey, but the result was impressive: 51m in length and a dome 75m tall, features which made it visible from a considerable distance. Similarly, from the hill there is to be enjoyed a sweeping view of the city and the Alps.
The Basilica is built around a circular church, preceded by a portico held up by eight Corinthian columns; on either side of the central body rise two bell-towers in which can be seen the influence of Borromini; the inside is decorated by gleaming sculptures by the brothers Filippo and Ignazio Collino.
According to the wishes of Victor Amadeus III, some members of the House of Savoy were buried in the richly decorated crypt, including Victor Amadeus II, Charles Emmanuel III, Charles Albert and Victor Emmanuel I.
In the rear part of the Basilica there is the memorial for the plane crash of 4 May 1949 where the footballers of "Grande Torino" lost their lives.
Share on
Contacts
, 10100 Torino (TO)