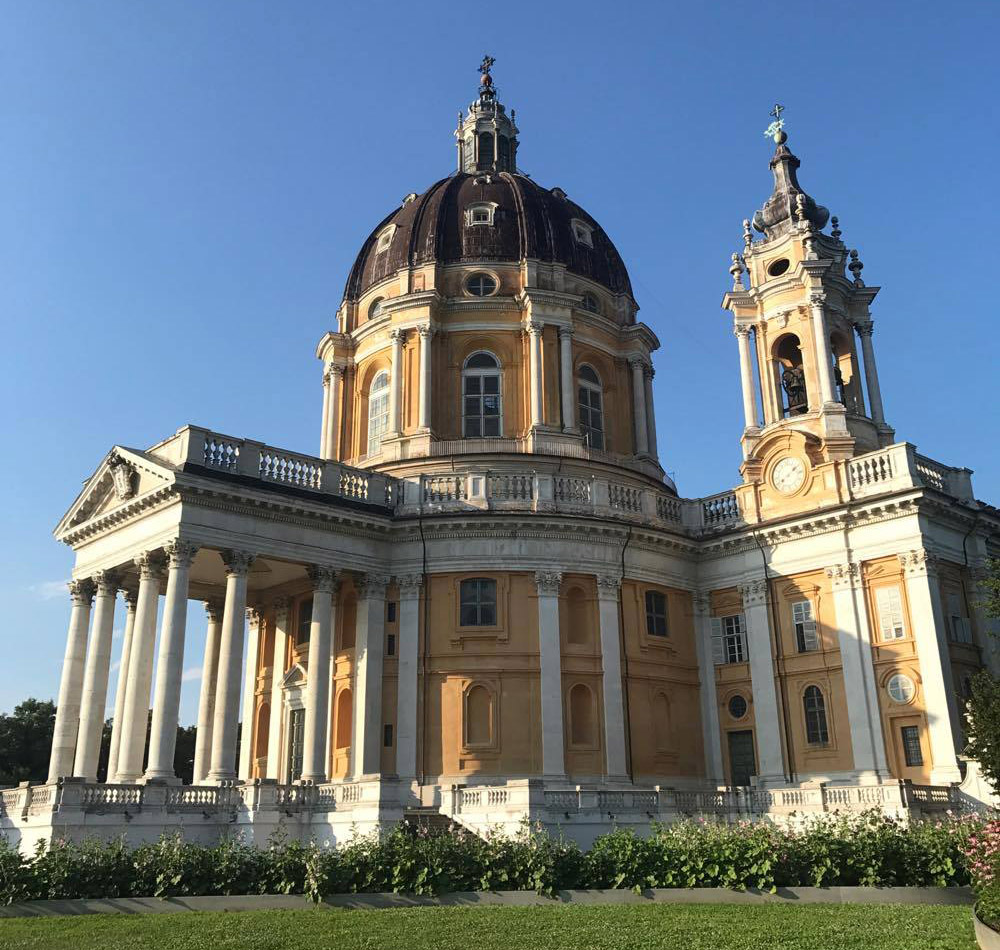 From Torino, going alongside the River Po until the end of the Meisino Natural Reserve, the border with San Mauro Torinese is reached: here a footbridge goes over the Rio di Costa Parigi and a beautiful wooded trail rises to Superga, passing along the way the Istituto Villa Santa Croce of the Jesuits and some interesting "vigne" (country villas of the 1600-1700s).

The Hill of Superga (670m) offers a magnificent view that takes in the circle of the Alps: this was the same view that Victor Amadeus II had on 2 September 1706 when he climbed here to study the positions of the Franco-Spanish army that had laid Torino to siege for five months. According to tradition, on that occasion the Duke vowed to build for the Virgin Mary a great temple on that hill if his side won; once peace arrived, he kept his promise and, having flattened the peak, Filippo Juvarra from Messina built the imposing circular Basilica, introduced by an elegant portico held up by eight columns and topped by a 75m tall dome. In the huge underground vaults, completely covered in marble and built as of 1777, there are held the monumental tombs of the Savoy kings, from Victor Amadeus II to Charles Albert, as well as various princes of the ducal houses Savoy-Aosta and Savoy-Genova. At the rear of the Basilica there is a memorial to the plane crash of 4 May 1949, in which the players of the "Grande Torino" football team perished