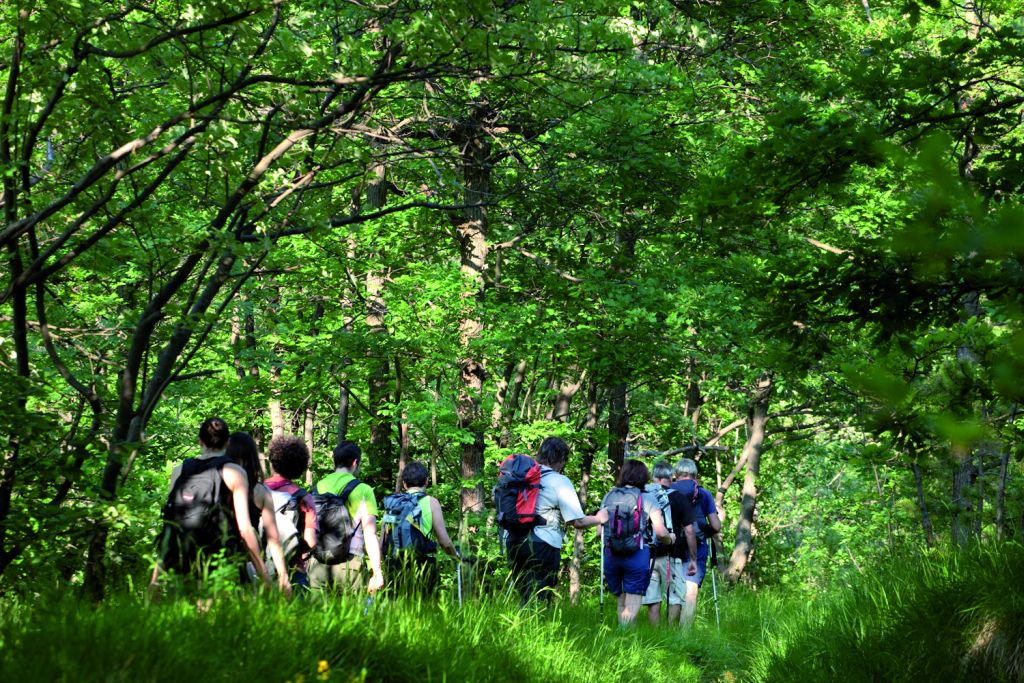 Km 9,3 / Elevation change -231
On the right of the parvise, take the path that leads down to the "bend of the tabachin", turn left for Baldissero Torinese and then continue, bearing to the right along the Strada dei Colli. After about 1km, you come to a clearing from which a route on the left climbs to Bric San Giacomo, then a descending path – going in the opposite direction to that of origin – leads to Strada Palucco: passing a quarry, you go around what remains of the Bric Palouch and reach the crossroads with Strada per Valle Ceppi and Strada per Baldissero; turning firstly right on the provincial road for 400m, then to the left towards Rivodora, after 300m you reach a crossroads: go down to the right to Strada Croce which then becomes a cart track.
After about 1km, you will find another path coming from the right, which you take towards Cordova, reaching the intersection on the right for Pavarolo. Crossing the villages Tetti Varetto and Tetti San Defendente, you bear to the left along the road for Castiglione/Gassino, which you leave after 1km to take the road on the right which leads to the ancient village of Bardassano (Municipality of Gassino Torinese), dominated by an imposing 11th century Castle, next to which stands the late 19th century Parish Church of San Michele Arcangelo. After the village, you descend again on the other side of the hill, reaching the junction with the provincial road Castiglione/Chieri where the road for Sciolze begins.
Share on
Contacts
, 10100 Torino (TO)