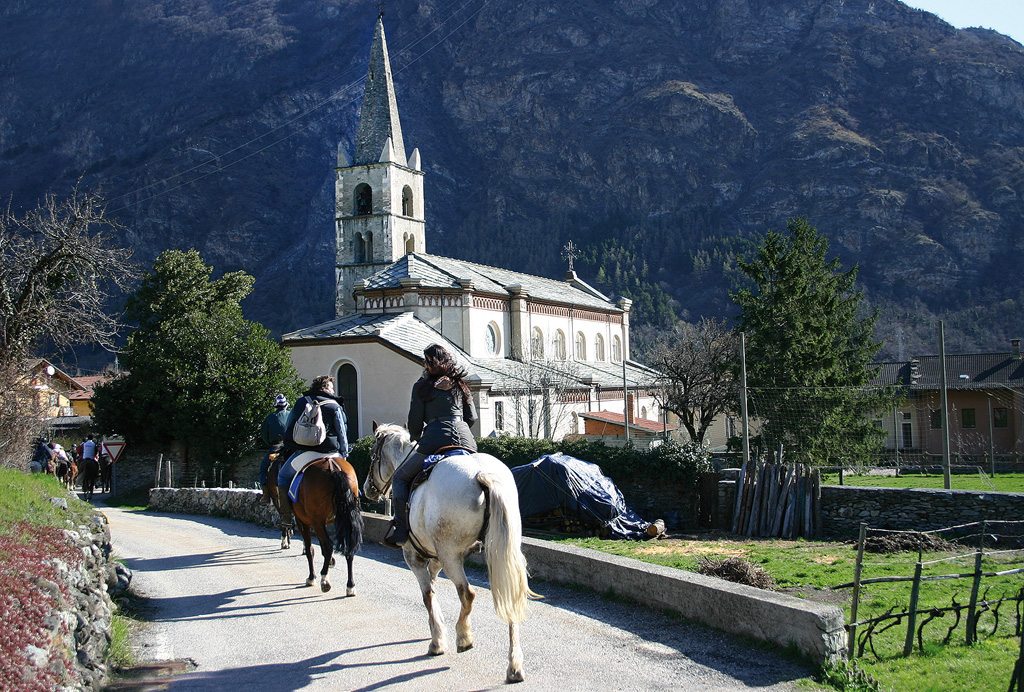 Departure: Novalesa
Arrival: Venaus
Km 7,1 / Elevation change - 252
From Novalesa, the walk continues along a cart-track through to Venaus with its neo-Gothic Parish Church of San Biagio. The hamlet is known for its traditional Danze delle Spade e degli Spadonari (sword dance), which is held in February and has its roots in pre-Christian traditions: the headwear embellished by colourful flowers and all the swordplay actions are connected with winter rituals for prompting the spring's arrival.

A pleasant secondary route, bordered by dry-stone walls, goes across meadows and vineyards to San Giuseppe of Mompantero, at the foot of mount Rocciamelone. Mompantero village is dominated by the modern Sanctuary of the Madonna of Rocciamelone which is built close to the ancient mule-track that leads to the Susa Valley's most sacred peak (3538m): venerated since Celtic times, in 1358 it was reached by Bonifacio Roero of Asti who placed upon it the precious Trittico del Rocciamelone, while in 1899 a bronze statue of the Virgin Mary was placed at the very top.