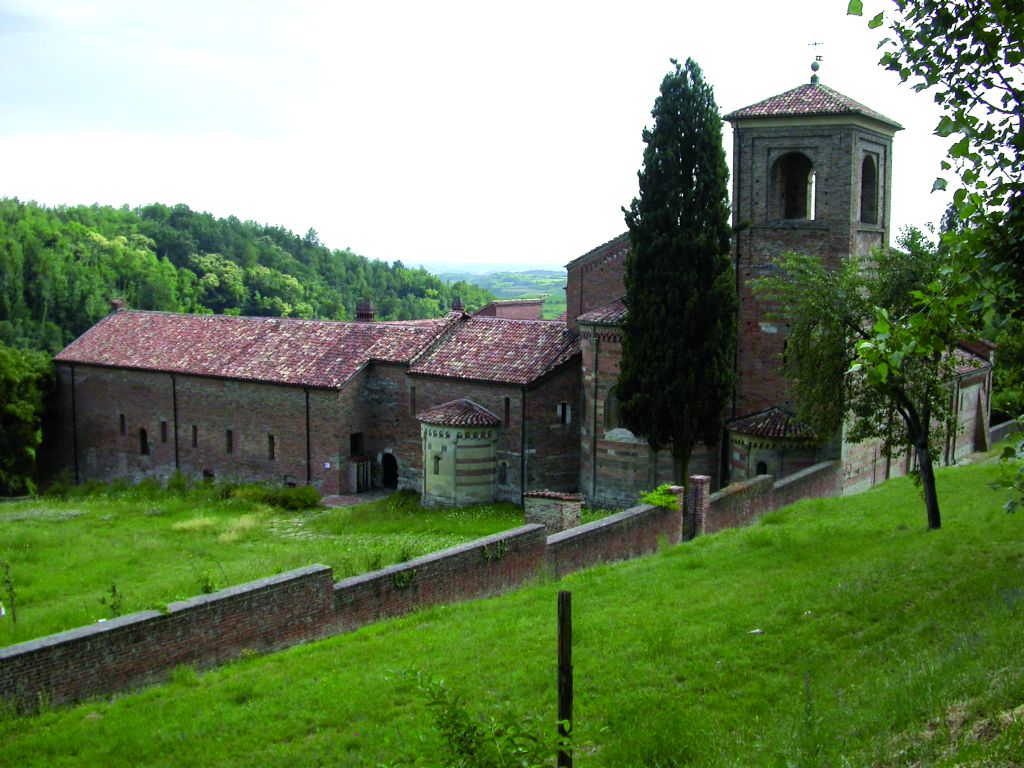 Km 6,4 / Elevation Change - 70
Continue towards Moncucco Torinese along Via Roma and, after a descent, turn towards the village of Torrazza: at the Chapel of Santa Trinità keep to the right, along the side of Cascina Brunella. At the end of a vineyard, the path goes straight on and crosses the provincial road connecting Berzano San Pietro to Castelnuovo Don Bosco, continuing towards Pogliano. After a few hairpin bends, you reach the houses and turn to the left: before getting to Cascina Betlemme you turn to the left, going beyond the building; at the end of a meadow, you continue on the right along the scenic spot "la Crocetta" and then you descend on the left to the Abbey of Vezzolano.

Isolated in a green valley, the Romanesque complex of Santa Maria di Vezzolano (12th-13th centuries) is one of the most important late Romanesque monuments of Piemonte: it was a place of hospitality in medieval times and is worth visiting for its great importance in artistic terms, and also for Marian devotion. The elegant facade is characterised by the two colours of brick and sandstone, and lightened by three rows of columns; the most surprising and rare feature of the interior is the bridge (or jubé), carved in bas-relief, which cuts across the central nave; in a tabernacle of the main altar it is worth seeing the fourteenth century multicoloured triptych in terracotta in relief; on the central window frame of the apse, the Archangel Gabriel and the Annunciation of the Virgin Mary are beautiful Romanesque-Lombard reliefs in green stone; the frescoes in the cloister, which include the Legend of Charlemagne with the episode that, according to tradition, led to the founding of the Abbey, is one of the most interesting pictorial cycles of 13th and 14th centuries Piemonte.