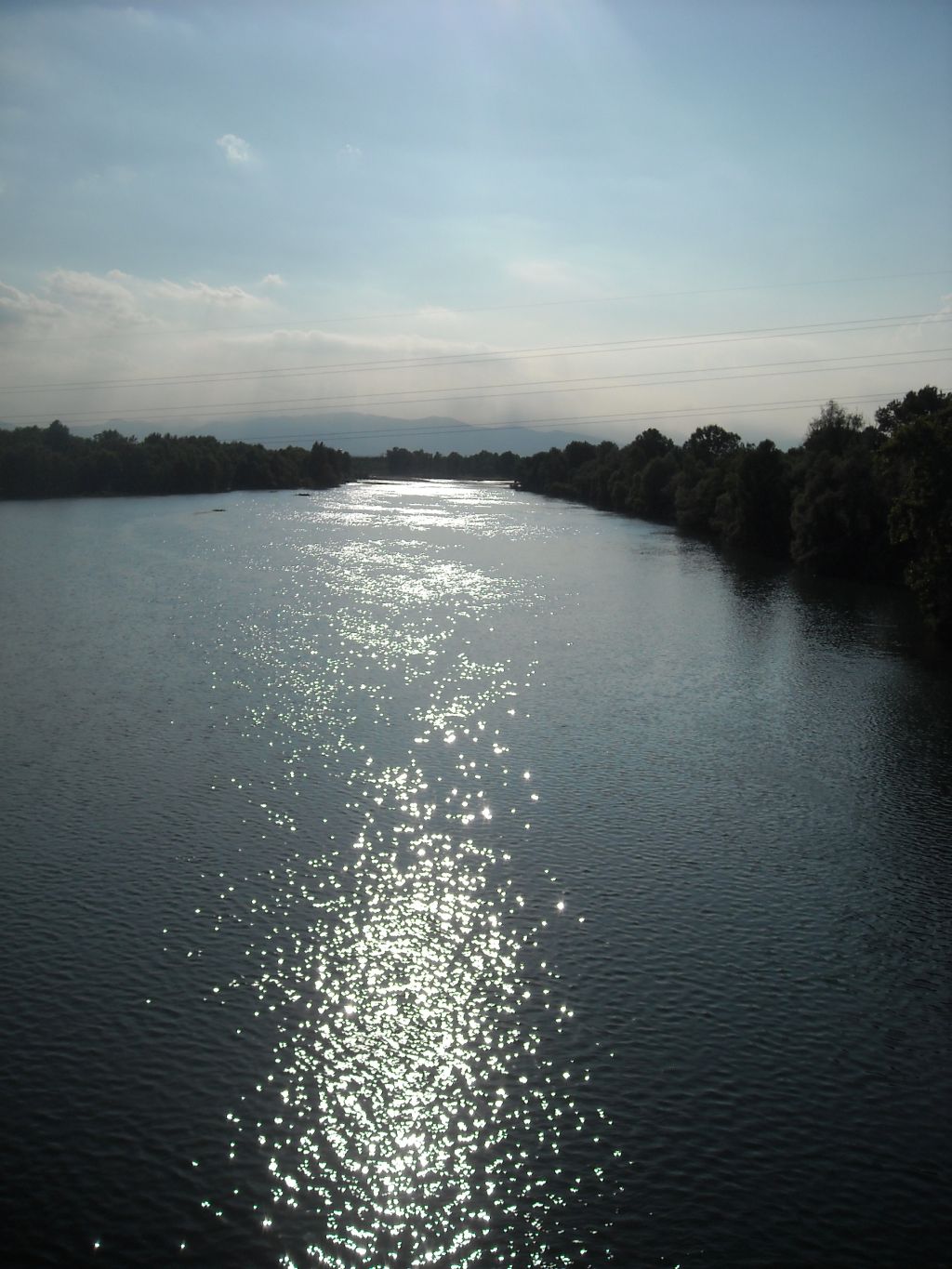 Km 7,7 / Elevation change + 1
Chivasso is also where the Cavour Canal begins: built between 1863 and 1866, it is one of the greatest examples of waterwaysengineering of the period. By an extensive network of canals, it enabled the transformation and development of territories in Canavese and Vercelli: the monumental entrance building in stone and brick is 40m long and has 21 spans consisting of 3 orders of floodgates.
The trail alongside the canal leads to the village of Castelrosso, whose Church of SS. Giovanni Battista e Rocco was built in 1758 to a design by the architect Paolo Lorenzo Garrone: inside is a baroque altar in black marble and some beautiful 19th century frescos.

After this, Torrazza Piemonte is reached, to the right of the Dora Baltea. In the centre stands the Church of San Giacomo, built in 1746 and restored and enlarged in 1843, while the Town Hall stands out for its great three-arched portico and the massive square tower.