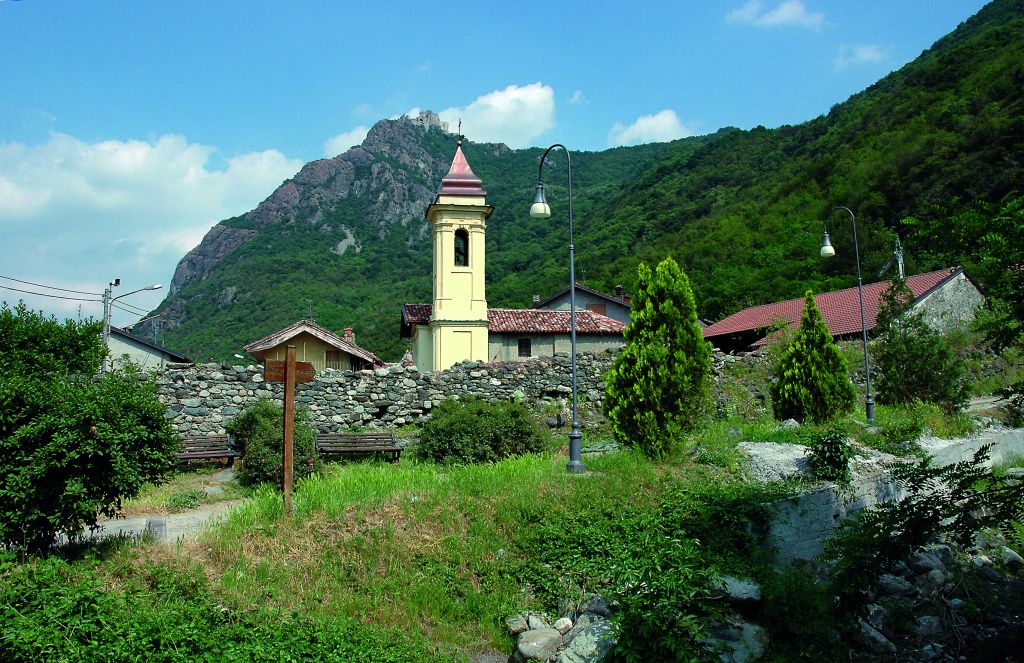 Km 3,1 / Elevation change - 4
The Antica Strada di Francia also takes to Chiusa San Michele: its name is connected to the remains of the Chiuse Longobarde, the site of battle between Charlemagne and Desiderio, and to the annex of the Sacra di San Michele, which dominates the village from Mount Pirchiriano. To the right of the 18th century Parish Church of San Pietro apostolo, among farmed fields and natural woods, there wends the historical mule-track, partly bordered by dry-stone walls, by which the Abbey of Chiusa can be reached in about 2 hours. The powerful Sacra di San Michele (983-987 AD), Piedmont's symbolic monument, is one of the most important examples of Romanesque architecture in Europe, a centre of monastic culture and for years a destination of international pilgrims: the Loggia dei Viretti, the Scalone dei Morti, the Portale dello Zodiaco, the fresco of the Assunzione della Vergine, the 16th century panels of the triptych by Defendente Ferrari, the altar pieces by Antonio Maria Viani from Cremona are just some of the elements that distinguish this sacred building, the result of work over the centuries and decorations which culminated in 1889 in the great restoration by Alfredo D'Andrade.
Share on
Contacts
, 10050 Vaie (TO)