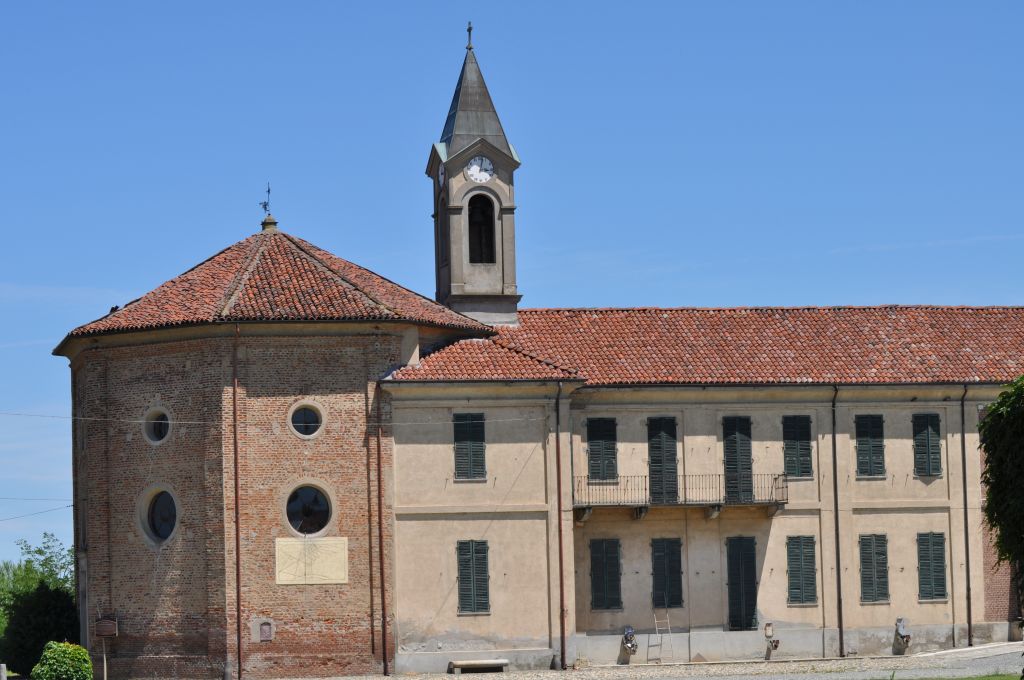 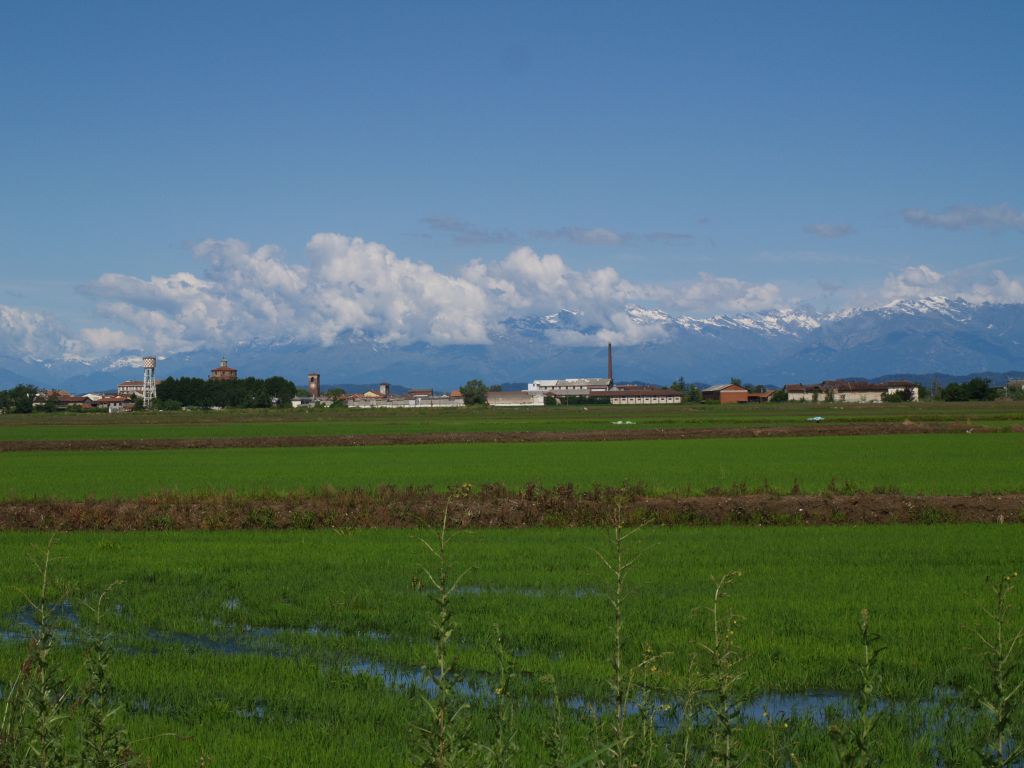 Km 3,7 / Elevation change - 6
This leads to Castelmerlino, another grangia that, although rather more modest, has a small church in open brickwork dedicated to San Pietro: it has an unusual octagonal shape and was built by the architect Carlo Antonio Castelli in just one year, between 1724 and 1725. This plan is comparable to that of the nearby Shrine of the Madonna delle Vigne, now somewhat run down.
Lastly, Darola is the grangia with the largest area given over to paddy fields and is arranged in a sprawling closed court style. The entrance tower is well conserved with its carriage entrance and the postern that, originally, had a drawbridge and a footbridge, always down for pedestrians. The 18th century Church of San Giacomo, also made by Castelli, holds an ancient icon of the Virgin Mary and a very lovely Nativity Scene by the Dominican Luigi Francesco Savoia, a painter of the second half of the last century who left many of his works to the Church of San Domenico in Torino.

A brief deviation from the main itinerary leads to the Abbey of Lucedio: in 1123, on uncultivated land, some Cistercian monks settled here from the French abbey of La Ferté and it is assumed that the name is derived from lucus dei i.e. "sacred forest". The monks made the land fertile and productive by clearing and tilling it and exploiting the abundant water for growing rice. From this abbey grangia came a further eight: Darola, Castelmerlino, Leri, Montarucco, Montarolo, Ramezzana, Pobietto and Montonero. The abbey complex of the 12th century can still be glimpsed in various buildings, but the most significant ones are the Chapter House and the Bell Tower with a quadrangular base from which emerge four octagonal sections edged by string courses with blind arcades. The original Abbey, dedicated to Santa Maria di Lucedio, was rebuilt in 1766 and, since 1787, was called Santissima Vergine Assunta. What is known as the Church del Popolo (1741), available to laymen and farmers, is still awaiting restoration.