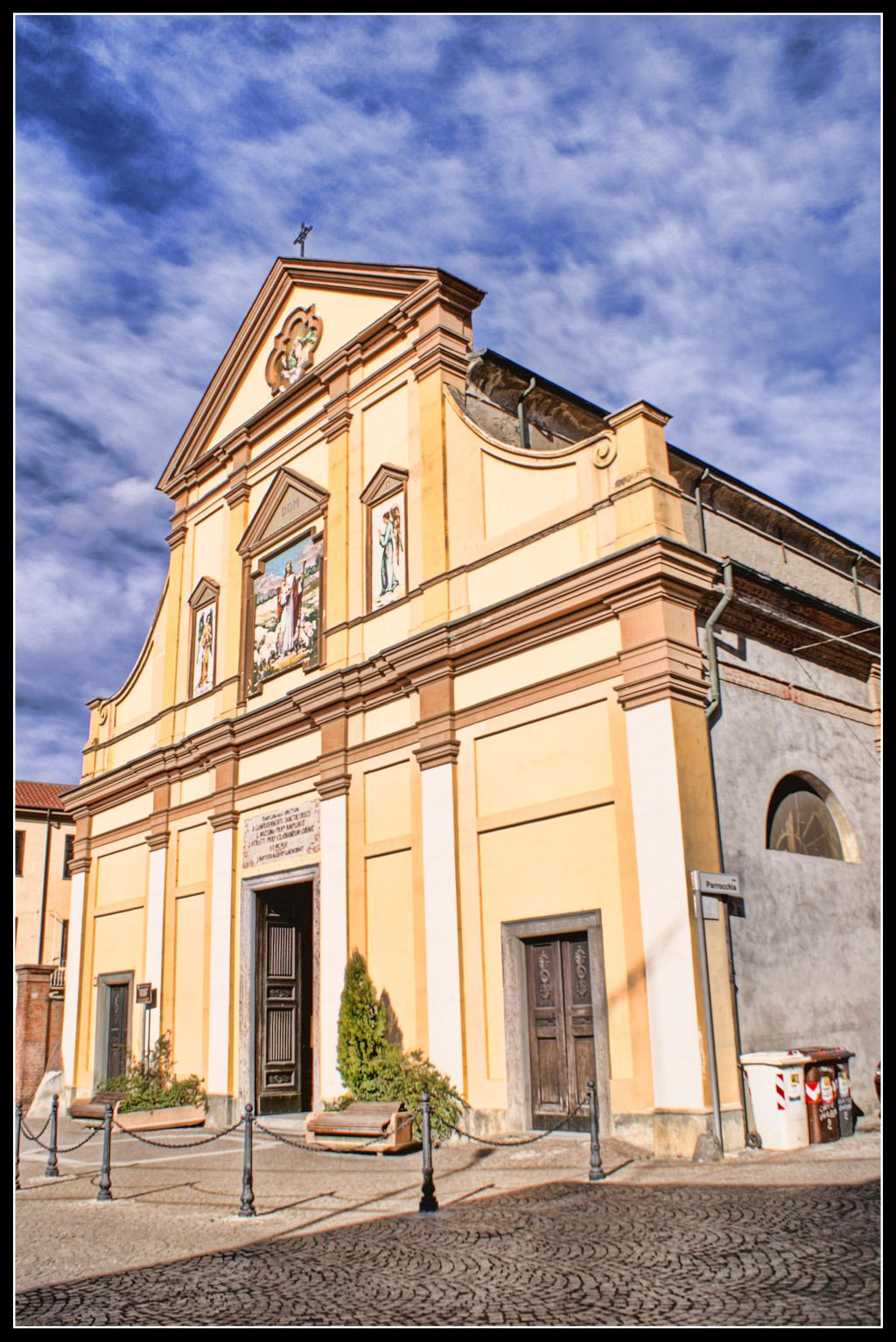 Km 3,4 / Elevation change - 3
The francigeno itinerary from Caselette goes along the bike path to Alpignano where, in the Church of San Martino di Tours, there is preserved a remarkable wooden crucifix by the 18th century sculptor Carlo Giuseppe Plura. The town was a Roman colony and was later mentioned in the Middle Ages for the presence of a major domus hospitali on the Route of France, formerly annexed to the Abbey of Novalesa; it is now also known for the Ecomuseum Sogno di luce, dedicated to the inventor of the light bulb Alessandro Cruto.

Continuing along the cycle path, Pianezza is reached: in the main street stands the Church of San Pietro (12th century) of characteristic Romanesque architecture but internally frescoed in the 15th century by Jacquerio and his studio; closely linked to the Via Francigena is the Church of Santa Maria della Stella, richly decorated with 15th century frescoes. The fortified settlement of the ricetto, radically transformed or incorporated into the historic town centre, is only partly visible but the medieval Tower of Ricetto still stands out, now the civic tower.

Keep in touch with us...
Subscribe to our newsletter!
Fuoritorino
Residenze Reali del Piemonte
OUR CARDS
Convention Bureau