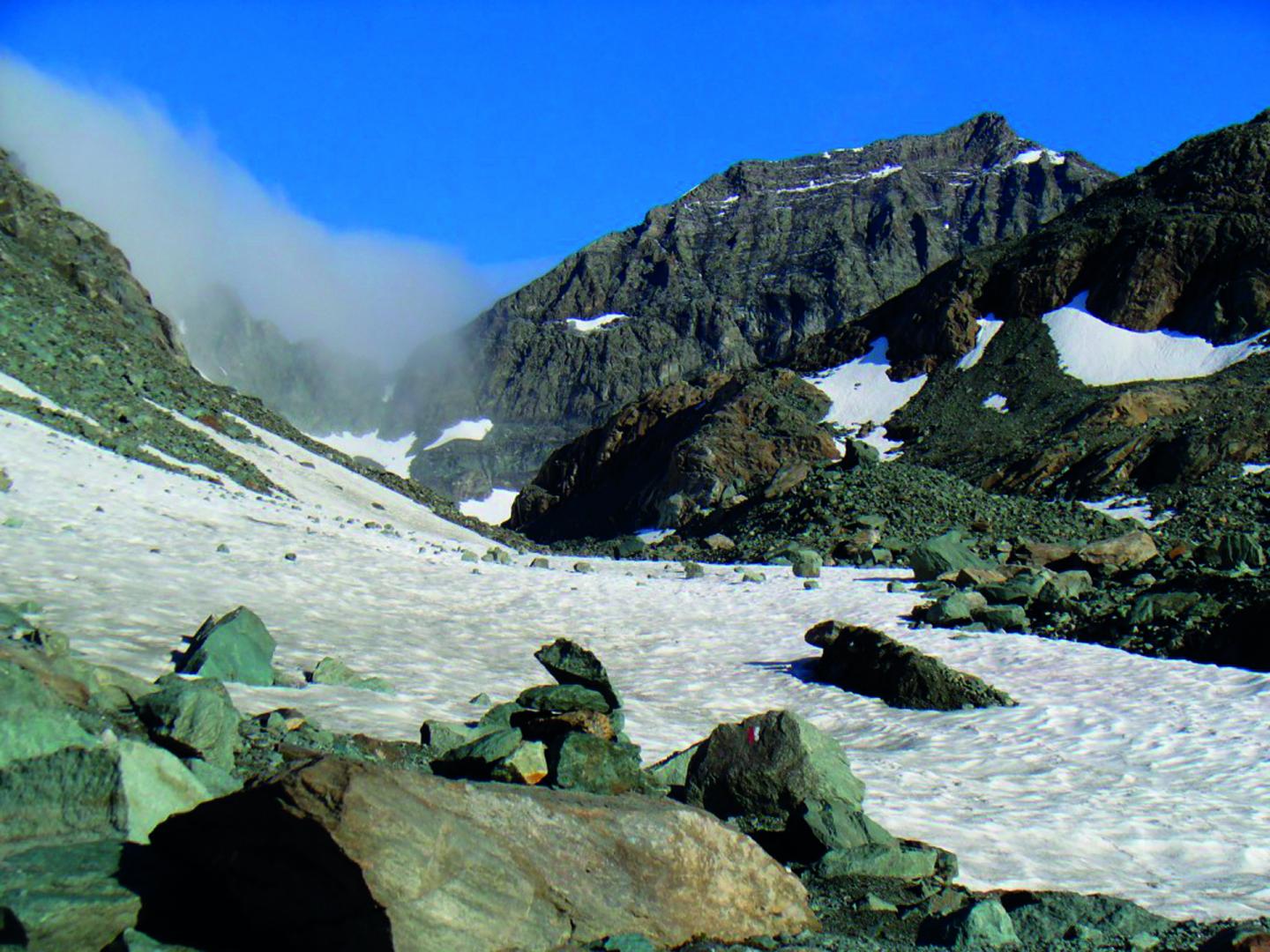 The BESSANÈSE TOUR (BT) is a circular route among high mountains (2200-3200 m asl) that winds through the Southern Graian Alps, on the border between Italy and France, around Uja of Bessanèse (the Bessanèse) (3604 m) and the Red Cross (3566 m). The route has a total length of about 32 km, divided into three stages, and it takes place almost entirely on a trail or on suitably marked trail tracks.

The TOUR DELLA BESSANESE (TB) is a circular walk in high mountain environment (2200-3200 m) that runs on the Southern Alpi Graie on the borders between France and Italy, and around Mount Uja di Bessanense (3640 m) and Croce Rossa (3566 m). The itinerary runs for 32 km in total, and considers three legs. It develops quite entirely on paths or tracks very well indicated. The trekking has no alpinistic difficulties, but it is considered an EE (Expert Hikers) walk because of the frequent hard weather conditions, such as fog and snow. Therefore, a good equipment and a good training are highly recommended. The trek may start from any of the three Refuges of the Tour: (Refuge d´Averole, Refuge Gastaldi and Refuge Cibrario). The stage places are located in the cited Refuges, which are guarded during spring/summer and are always provided of rooms equipped for fall/winter. Even if it is possible to approach the Tour in both directions, it is better to face it clockwise. The best period for the tour starts from last June to early September. The refuge can be reached for the French side from Bessans/Averole (Haute Maurienne) towns and for the Italian side from Balme/ Pian della Mussa (Refuge Gastaldi) and Usseglio (Refuge Cibrario) towns. Refuge Gastaldi and Refuge Cibrario are both in the Lanzo Valleys, 50 km from Turin.