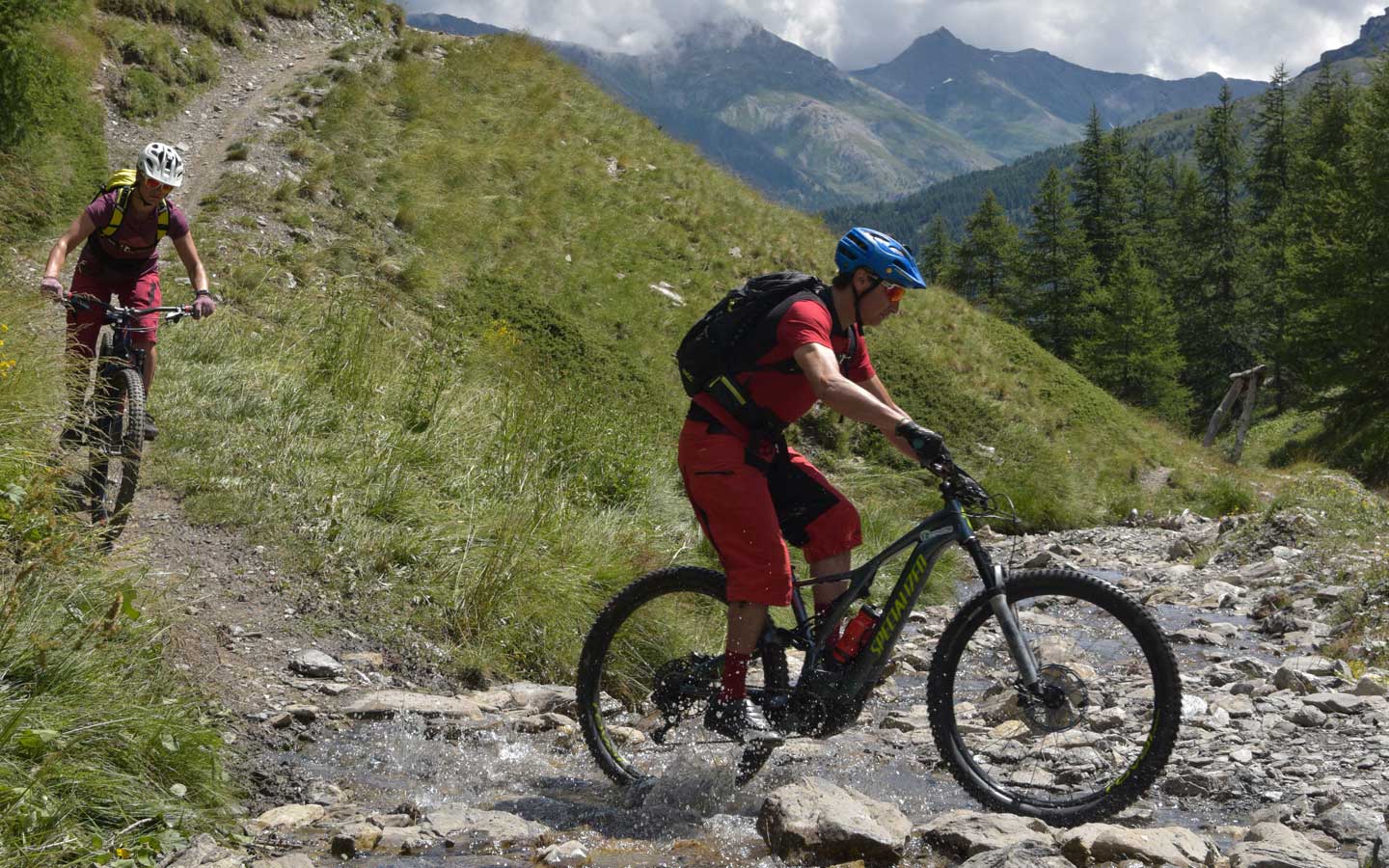 A very demanding loop on the mountains that divide the Chisone and Susa valleys. Having left the town centre of Sestriere, we undertake twenty kilometres on a stretch of white road in descent along the Chisone Valley until Pourrieres, where we embark on the first and hardest climb of the itinerary with a stretch that climbs from 1350 to 2770m altitude: the first 10km to Colle delle Finestre are on asphalt, an epic stage in road cycling. Having reached Cima Ciantiplagna (2849m), a series of climbs and descents passes the ruins of the Gran Serin barracks and the monument in memorial of the Battle of Assietta in 1747. A little over halfway into our tour, we reach the Casa Assietta refuge, where we can take a quick break before embarking on the final legs which alternate between climbs and descents, with differences in altitude limited to 200m: just after the Col Basset we start descending back to Sestriere. The route is suitable for highly trained cyclists: with large altitude differences, high altitude and long stretches with nowhere to stop and take shelter, it is recommended for highly capable enthusiasts with suitable equipment.