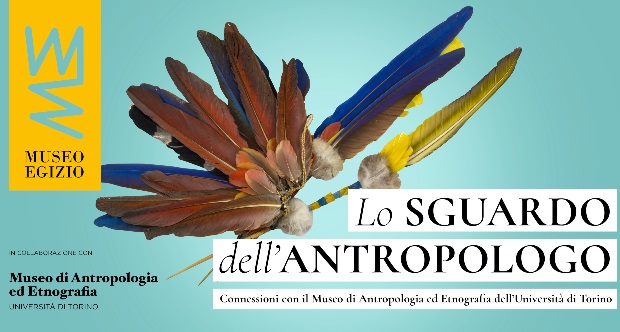 After the reopening to the public, the Museo Egizio of Turin also resumed its temporary exhibition activity: from June 13 to November 15, 2020 the visit is enriched by "Lo sguardo dell’antropologo", a small exhibition organized in collaboration with the MAET-Museum of Anthropology and Ethnography of the University of Turin (closed since 1984) that brings the two collections into dialogue, and reflects on the ways in which European scientific culture, between the end of the 19th century and the first half of the 20th, perceived and classified "others". The project aims to retrace the relationship between Egyptology and anthropology, identifying research perspectives and possible areas of collaboration.

About forty objects are on display, mostly from the MAET, representative of non-European cultures and ancient Egypt: the mummy of a young woman is the protagonist of the exhibition, with a finely pleated tunic, the mummy comes from the archaeological site of Gebelein, subject to recent scientific investigations, and its restoration was recently completed at the Conservation and Restoration Centre "La Venaria Reale".

The exhibition - the use of 19th century showcases and the original wooden floors of the room contribute to its appeal - intends to place particular emphasis on the “gaze” of those who first discovered these findings, a gaze full of amazement and wonder but also of contempt or complacency, influenced by a perspective that classified human groups on the basis of an evolutionary pattern. In this perspective, the inhabitants of Africa - together with most non-European cultures - were seen as "primitive", as being immersed in magic and superstition; Egypt, on the other hand, was ideally disconnected from the continent to which it belongs and was considered to be the cradle of Western civilization.

Free
It is located in
MUSEO EGIZIO
Participates in
TORINO+PIEMONTE CARD
Keep in touch with us...
Subscribe to our newsletter!
Fuoritorino
Residenze Reali del Piemonte
OUR CARDS
Convention Bureau