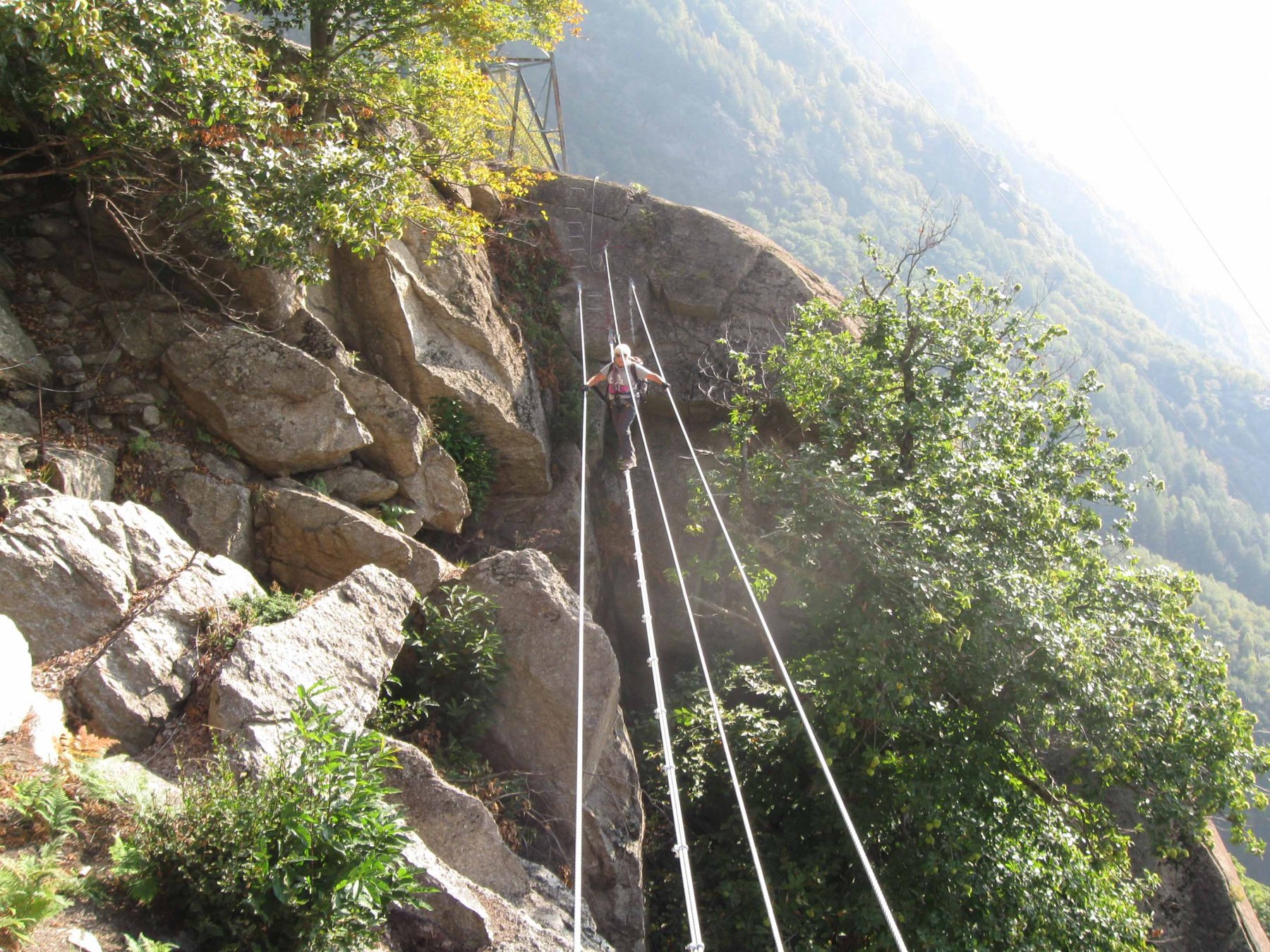 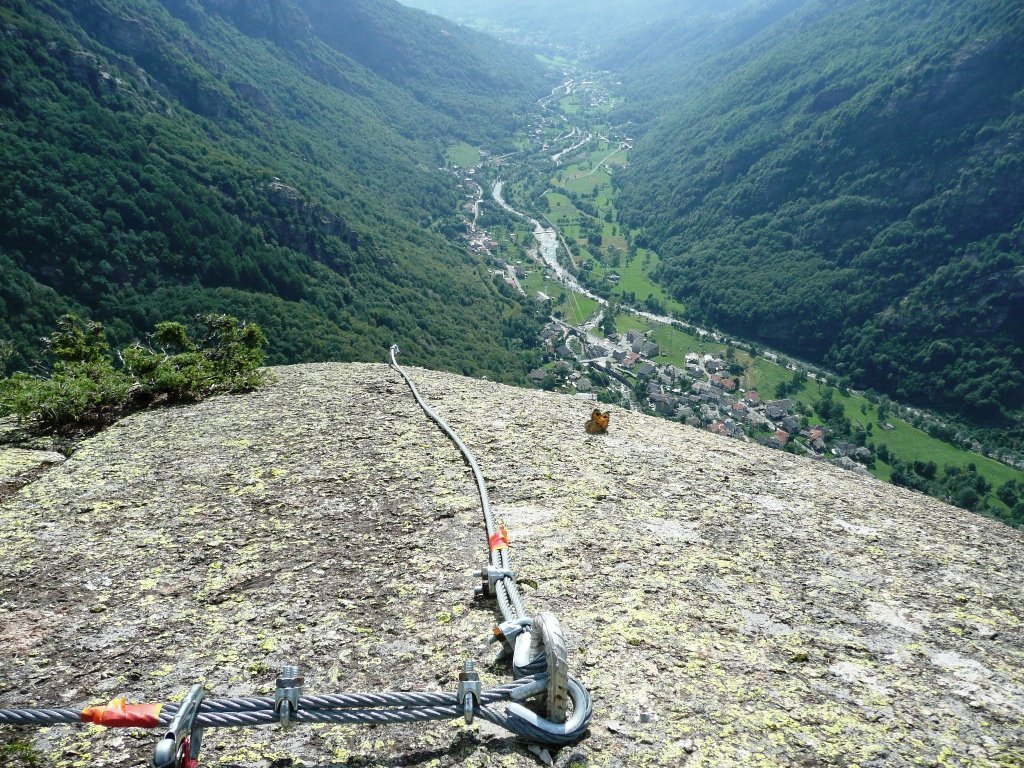 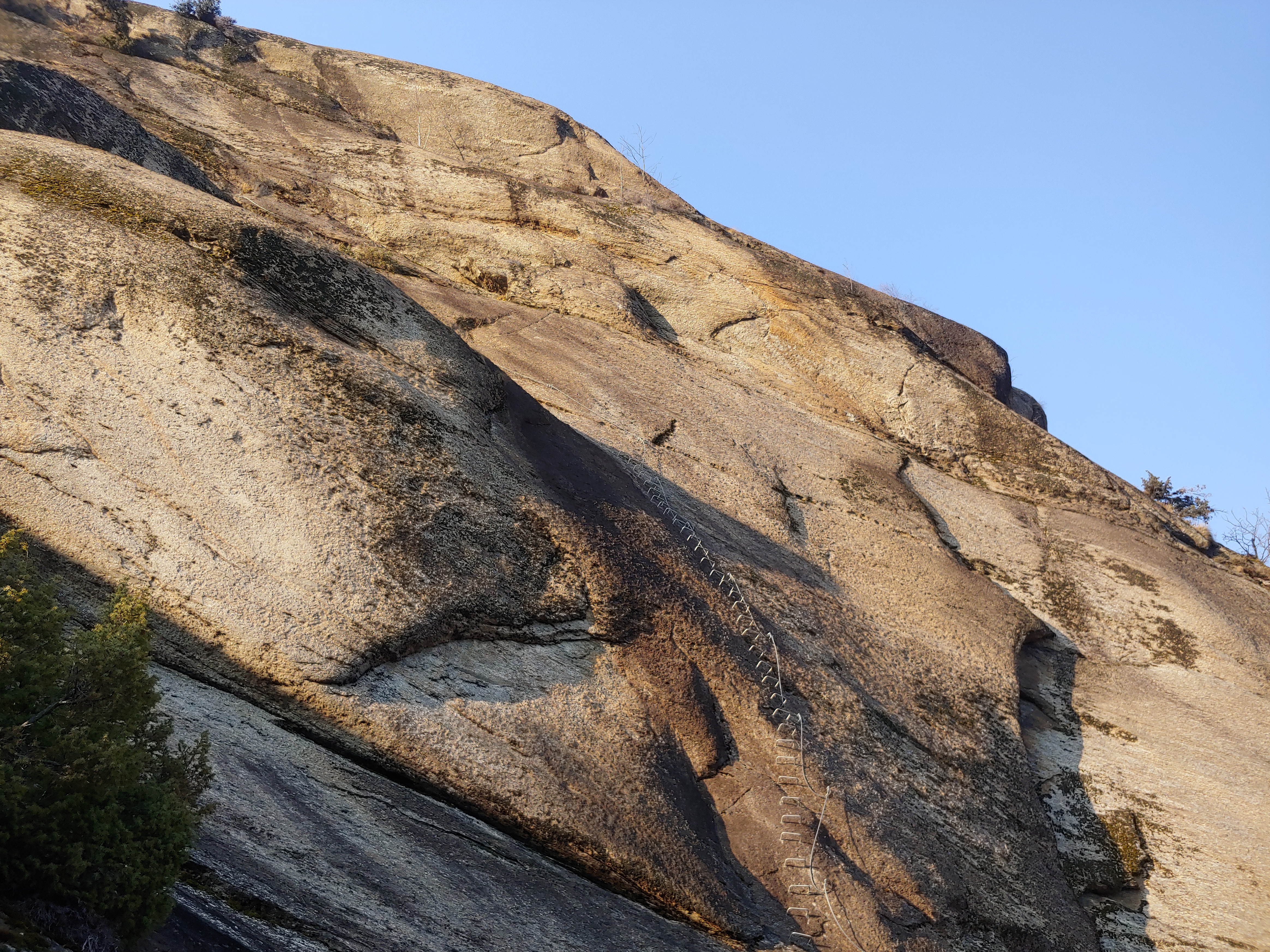 The Locana's ferrata, is a new well-equipped via ferrata that climb a granite slab at the entrance to the Piantonetto valley, a side valley of the more famous Valle Orco, in the province of Turin.
The via ferrata is modern and impeccably equipped, perfect for those who want to familiarize themselves with this activity, suitable for families and children.
Is also present an Tibetan bridge.

The Locana's ferrata is a modern, well-equipped and generally easy via ferrata, ideal for approaching more difficult and demanding via ferratas, of which the area is well equipped.
As indicated in the report, the route forms an 8 in which the intersection of the ascent and descent can also provide an escape route for those wishing to interrupt the ascent.