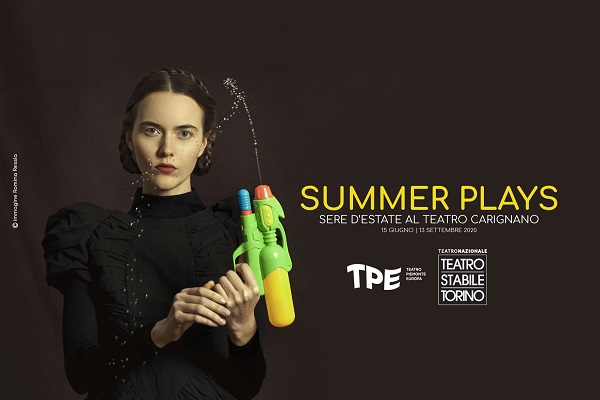 The Teatro Stabile di Torino and TPE - Teatro Piemonte Europa have collaborated for the first time to create an integrated program, experimenting a new model of collaboration to overcome the crisis and to give a strong message following these months of lockdown.
“Summer Plays” is three months of events, from June 15 to September 13, 2020, with 16 plays authored by contemporary playwrights and a total of 100 performances, plus 16 events part of the “Extra Plays” section. The plays have subtle and disturbing plots that speak of the present, they probe different aspects of our society: from Fausto Paravidino to Philipp Löhle, from Dario Fo to Rafael Spregelburd, from Vitaliano Trevisan to Harold Pinter, from Natalia Ginzburg to Brian Friel, from Massimo Sgorbani to David Harrower, from Giovanni Testori to Steven Knight and Rémi De Vos, with new productions by Valerio Binasco, Valter Malosti, Filippo Dini, Leonardo Lidi, Licia Lanera, Jurij Ferrini and Marco Lorenzi. Besides the contemporary matrix, another common element of the shows is the fact that almost all the directors and performers have ties with the territory; also, the most dynamic and independent companies of the City, such as Teatro di Dioniso, Il Mulino di Amleto, Acti Teatri Indipendenti, Piccola Compagnia della Magnolia are involved, as well as an institution that has always given great attention to contemporary creation such as the Festival delle Colline Torinesi, which has promoted some productions creating a sort of widespread festival. This season is, in other words, proudly "made in Turin"!

The Carignano Theatre will be the setting for these event: the parterre has been reorganized and will be able to accommodate up to 200 seats, ensuring interpersonal distance; also, in the foyer and in the theatre hall all the necessary hygienic-sanitary and safety measures will be arranged.