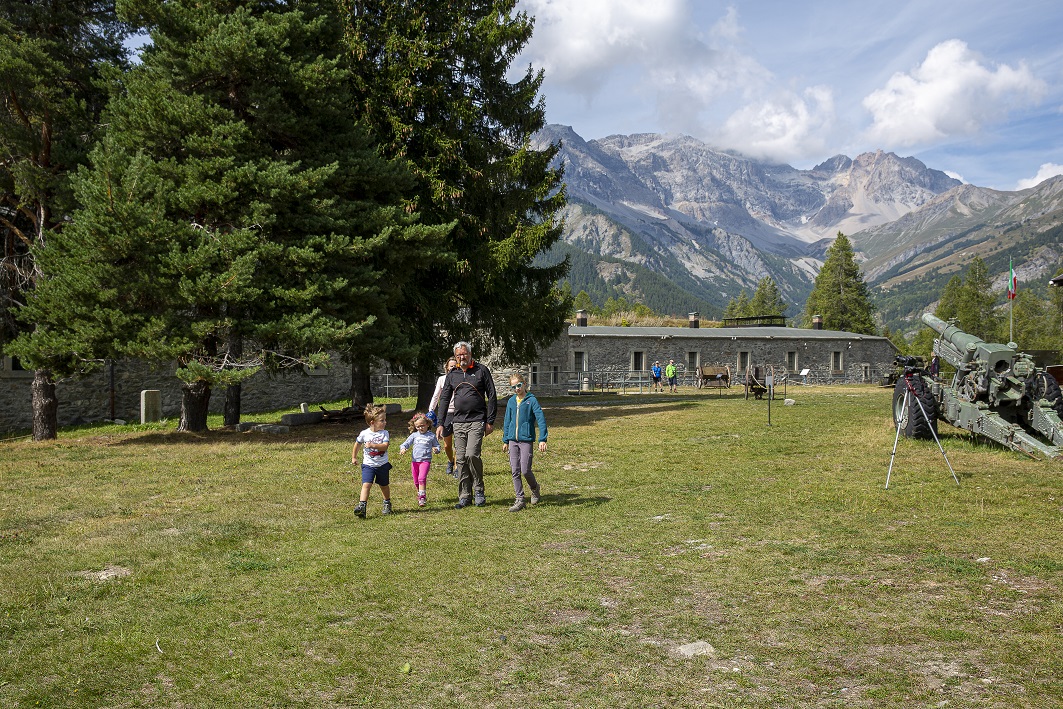 Bramafam Fort was built between 1874 and 1889 with the aim of defending the Frejus tunnel and the Turin-Modane railway line, opened around that time. It is situated on the Bramafam ridge at the south-east edge of Bardonecchia valley.

Between 1883 and 1889 is equipped with various types of artillery, while during World War I it was partially disarmed and turned into a prison camp for the Austrians in the area used in the maintenance of military roads and the Frejus tunnel.

In the Thirties two modern centres of resistance were added in the cavern of Vallo Alpino. In September 1943 the Fort was occupied by a German garrison which, fearing actions by partisans, mined the entire surrounding area. It was abandoned by the last Germans on the morning of 27 April 1945. When peace arrived, the fort was decommissioned and abandoned.