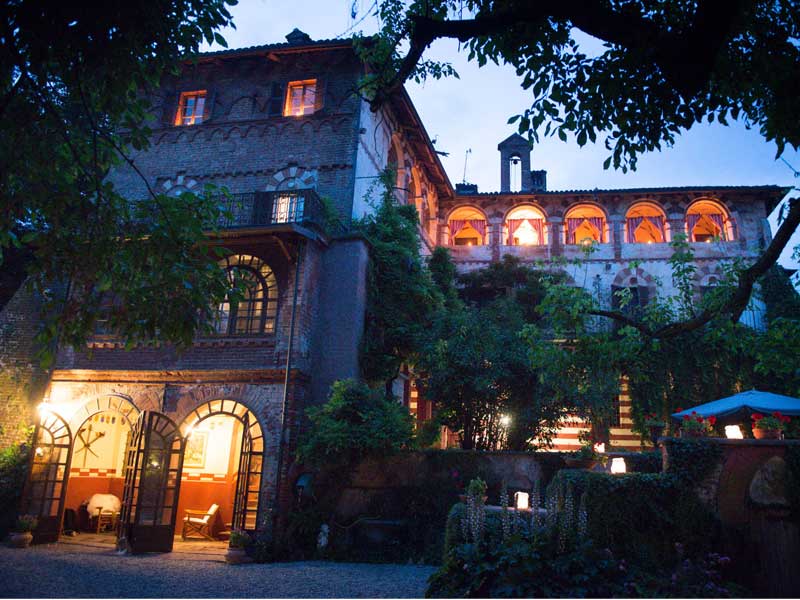 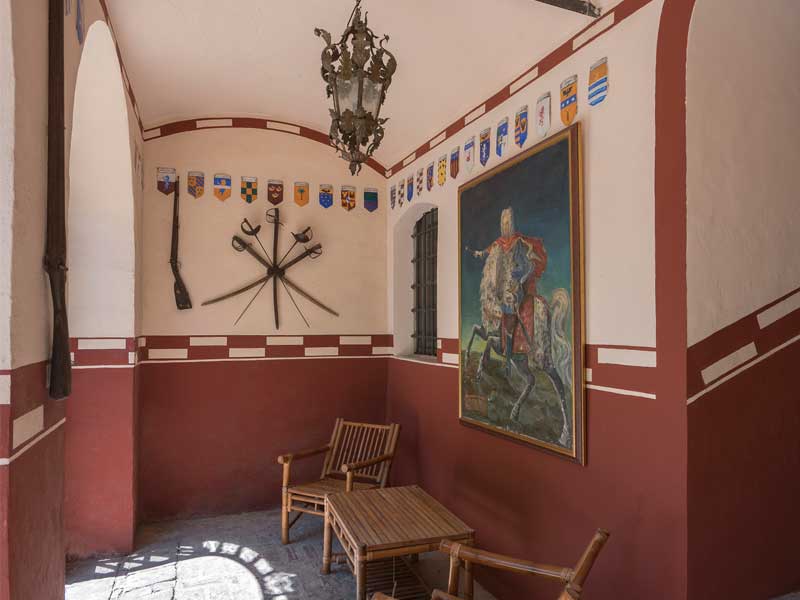 This complex of buildings from the 12th century is composed of the original castle, noble’s chapel, caretaker’s lodging, stables and the old Soave’s farmhouse; it was originally belonging to the Savoia Acaja. The complex is fortified with various defense characteristics, and starting in the 18th century was transformed into a residential dwelling.
The internal courtyard is characterized by the use of horizontal colored bands in the new-gothic style. The property, which is completely encompassed by an external wall, is enriched by a 19th century park with paths that disappear into the shadows of the secular plants.
The castle has been passed down through hereditary lines from the Savoia Acaja through some of the oldest and most prestigious nobel families of the Piemonte region. This lineage descends from the Petitti family to the Solaro del Macello family, on to Count Filippi of Baldissero and Prunas Tola Arnaud of San Salvatore, whose direct descendent is the current owner and resident.

SAFETY RULES:
The necessary measures will be taken to safeguard the health of our guests, who must be necessarily equipped with a mask and they must use the sanitizers available, picnic blankets will be positioned so as to ensure the distances established by the law in force.