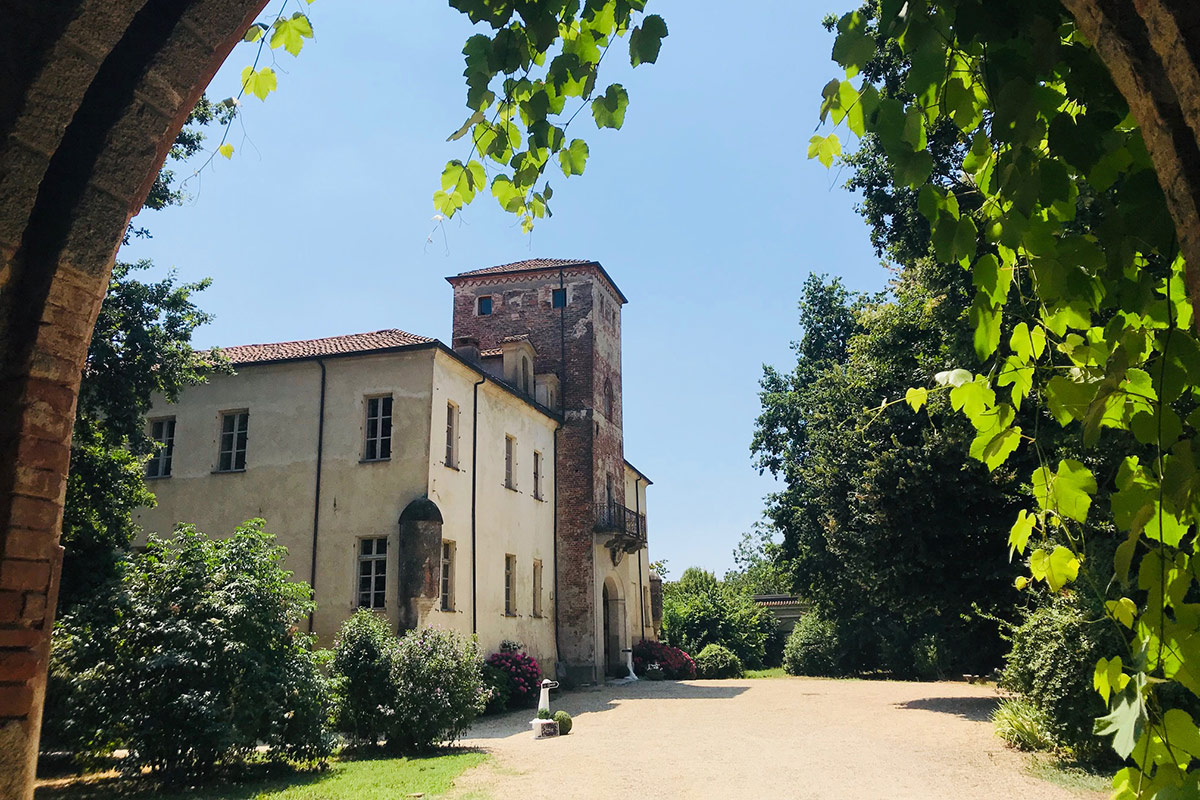 The Galli Castle, originally from the 13th-14th century, formerly a fortress, was later transformed into a villa in the 18th century and hosted illustrious Piedmontese families. It is located in La Loggia (To), south of Turin, about 20 km from the center of Turin. It can also be reached from the Turin South ring road, taking the “La Loggia” exit. Immersed in a romantic park of centuries-old plants, blooming in summer, well-kept and safe as it is certified for public events, it offers its spaces for public and private events and as a film and advertising set. It has wide parking outside the estate and inside the lawn.
On the ground floor, seven eighteenth-century rooms, large and representative frescoed with decorations of the eighteenth and nineteenth centuries, can accommodate at least 200 people sitting at the round catering tables. The party room, about 100 square meters large, with a high ceiling, can accommodate 80 people seated and overlooks the park through the grand staircase, offering a magnificent panorama of large green areas. Six further large rooms arranged in a horseshoe shape starting from the hall offer additional spaces.
It is suitable for various events, such as weddings, eighteenths, anniversaries, business lunches or meetings, shows and concerts, fashion shows or auctions, advertising (photos, videos) and film shoots, exclusive events. On the 1st floor, there is an apartment for tourist hospitality whose rooms can be used as dressing rooms for models and actors.
Share on
Contacts
Via della Chiesa, 41, 10040 La Loggia (TO)
info.castellogalli@gmail.com
Visit the website Social network