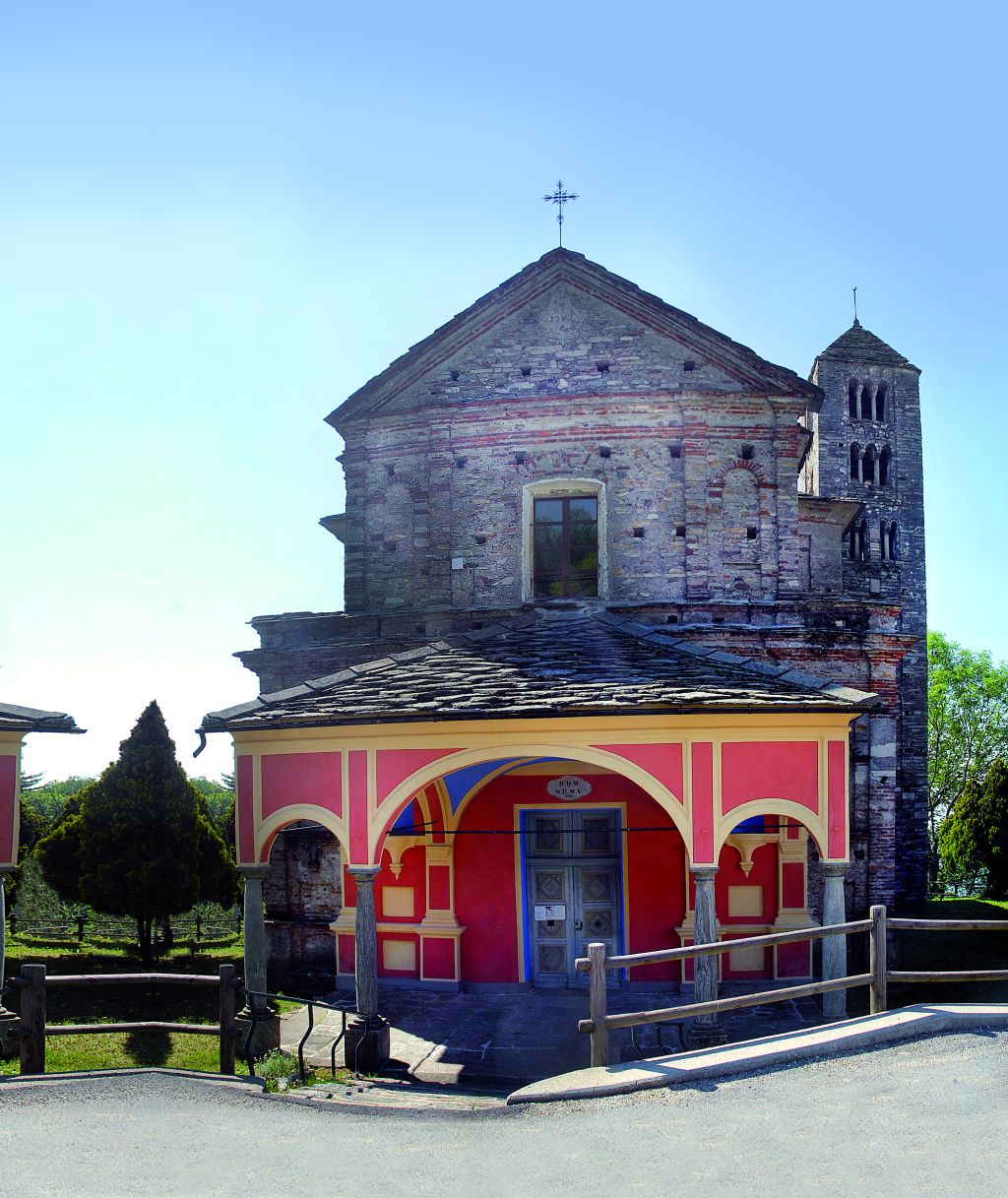 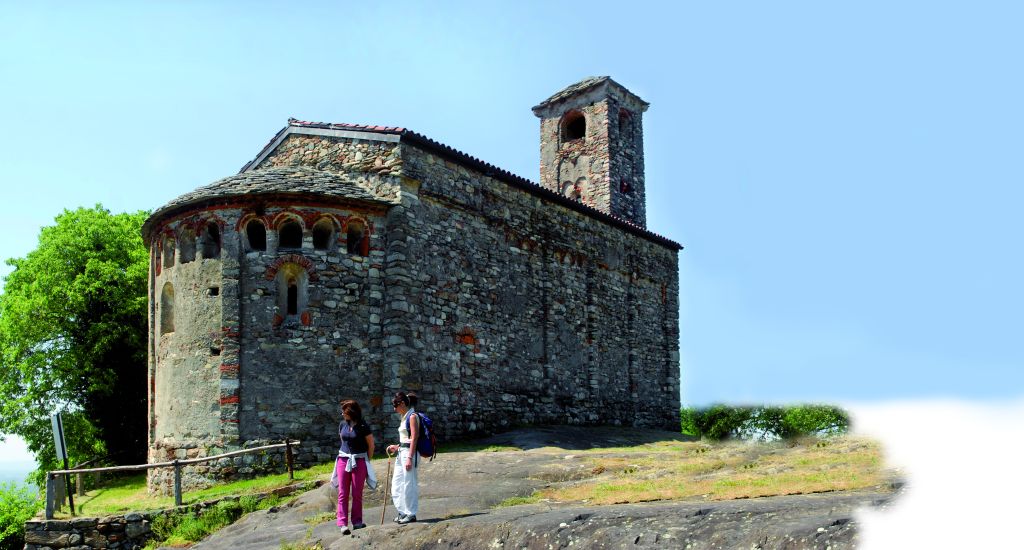 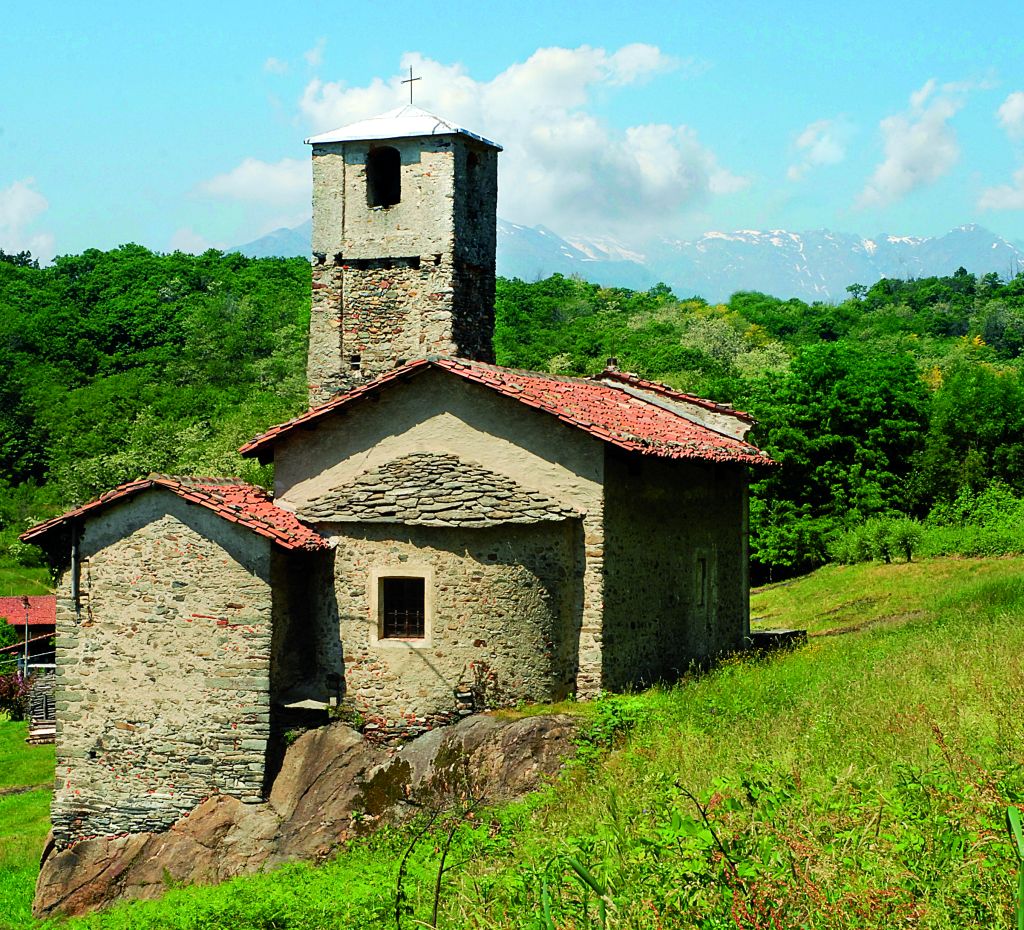 From Settimo Vittone, taking a steep trail, you arrive at Nomaglio, a hamlet with interesting examples of Alpine and pre-Alpine architecture, such as the very ancient Fontana del Burnel, probably an altar rock with engravings testifying to a pre-Roman settlement.
In a mill there is a housed the Ecomuseo della castagna (Living Museum of Chestnut), which tells of the tradition of this ‘tree of bread', at one time very valuable for the local population's nourishment. Climbing at this point, you reach Andrate, a spectacular vantage point for viewing the plain.
This settlement originated in medieval time, as did the Church of Santa Maria (11th century), one of the most refined examples of Romanesque architecture in Canavese. Just outside the town, you can visit the Ecomuseo della Civiltà Contadina (Living Museum of Rural Life) with over 700 antique tools, while the Andrate Nordic Walking Park offers trails for everyone, including The Paths of Cheeses which form a natural and green ‘fitness centre'. Returning to the valley, after a stretch among chestnut and birch trees, you come across Chiaverano where there is the Moraine Amphitheatre Living Museum of Ivrea.
On a rocky outcrop to the east of the town, where there is the ancient hamlet of Sessano, the Church of Santo Stefano (11th century) stands out with its bell-tower at the front and, inside, parts of frescoes depicting Christ, the Apostles and the symbols of the Evangelists John and Mark. Going east to Burolo you reach the small Church of Santa Maria Maddalena, built on an ‘erratic' (a glacial boulder): the sacristy contains a 15th century fresco depicting Christ on the Cross, considered to be from the workshop of Domenico della Marca of Ancona.
Lastly, you reach a very beautiful spot: a green clearing in the midst of the woods where there rises, isolated and imposing, the Bell-tower of San Martino known as Ciucarun (11th century), at one time the hub of the hamlet of Pærno. From here the route rejoins the main track at Bollengo.
Share on
Contacts
, 10010 Settimo Vittone (TO)