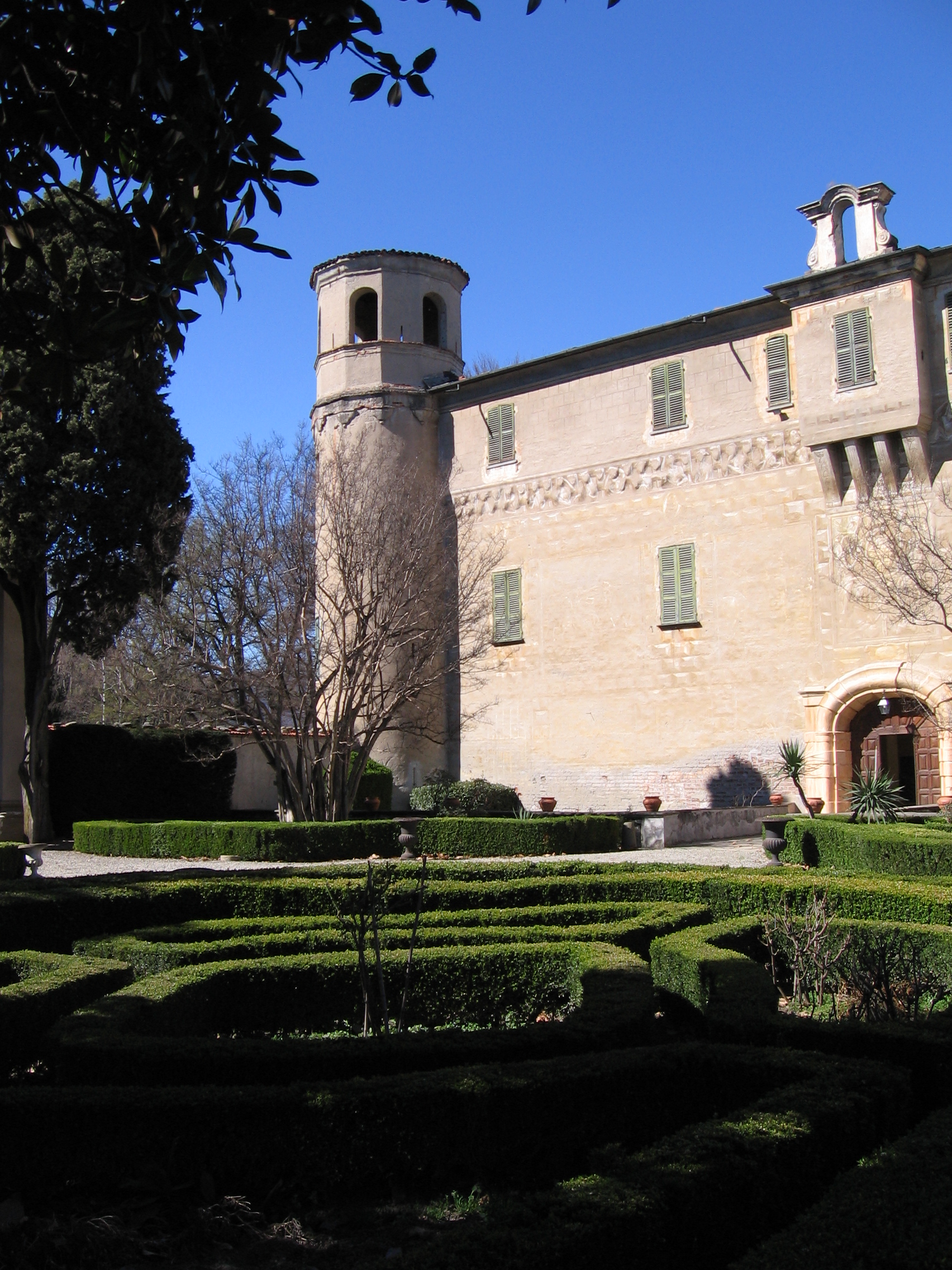 The Princes of Acaja, lords of Pinerolo, had the Castle of Osasco built in order to protect their borders which were frequently threatened by the small neighbouring states and by the French.
The Castle was built with typical “fortress” features: mighty walls, four watchtowers, Chemins de Ronde and a moat with drawbridge. Wars and sieges occurred over the centuries until the Piemonte region was unified and in peace thanks to the Savoy Dukes: the south façade and the west side were frescoed and new rooms were obtained inside with salons, loggias and a porch; architect Benedetto Alfieri designed a park with an important access arch and planted many trees which now have a majestic appearance.
The noble family of Cacherano was given the fiefdom of the Castle by Duke Amadeus VII of Savoy. The Cacherano dynasty, which derived from a banking family in the Asti region and whose fiefdom also includes the Bricherasio and Envie castles, have maintained ownership of this medieval castle almost without interruption.
The guided visit takes visitors through the Italian gardens, the interiors and the park, narrating the history of the building which is closely linked to that of the people who lived there throughout the centuries.

SAFETY RULES:
The guidelines issued by the Government and the Piedmont Region for the containment of the Covid-19 infection are to be followed.
Groups of up to 10 people with the obligation to wear a mask.
Reservations required, at the Ivrea Tourist Office tel. 0125 618131 info.ivrea@turismotorino.org