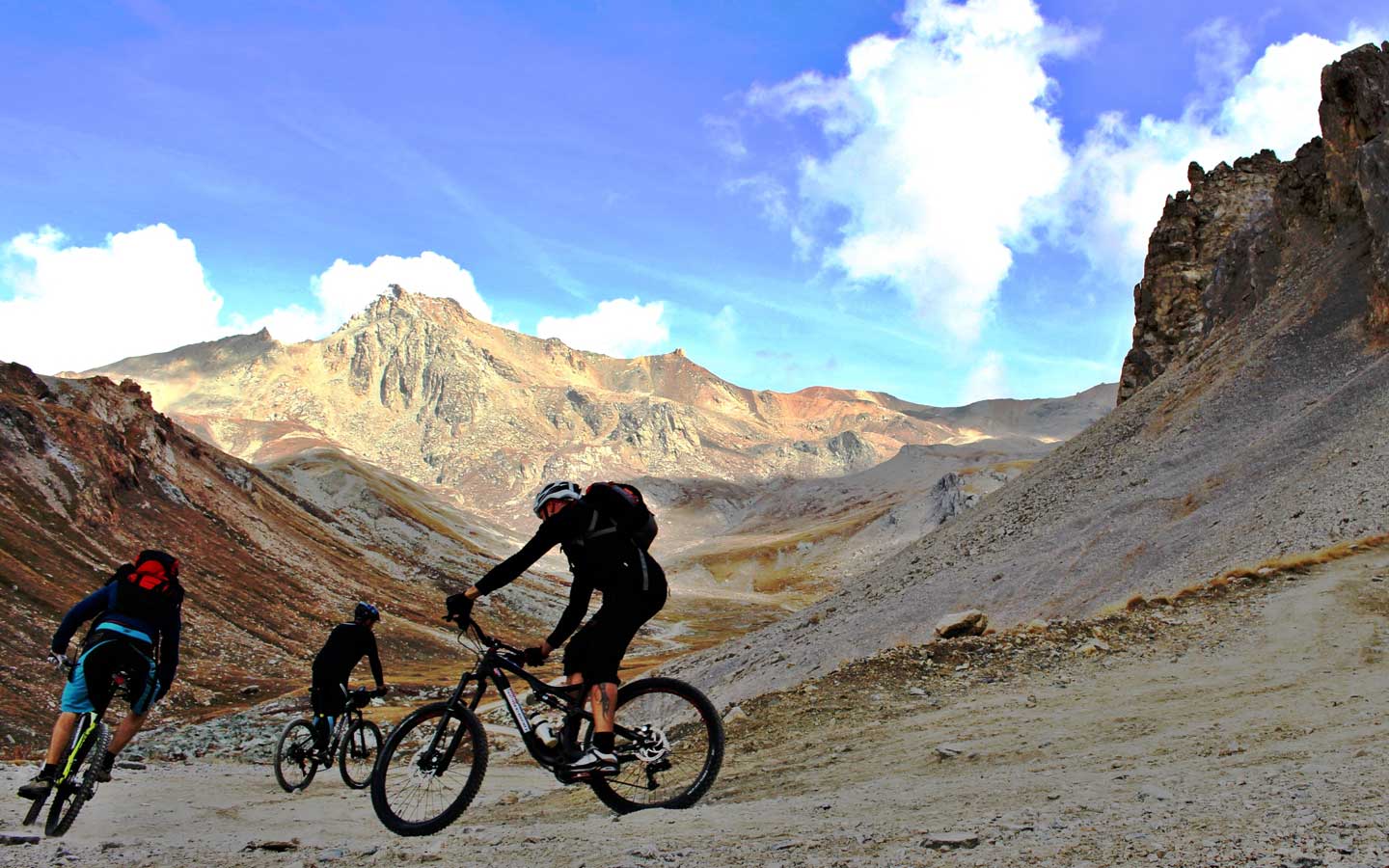 A climb up Italy’s highest road to an altitude of 3000m. Its dirt track - built in 1962 - was laid as access to the summer ski resorts built on the ice (long-derelict): the route is fully cyclable, though in places the degradation of the ground makes it harder. We start from the Bardonecchia station from where we enter the Rochemolles valley: the first stretch is on asphalt which turns to dirt track just after the village of Rochemolles. Passing the dam, we reach Grange du Fond, where we can also find the Scarfiotti refuge in the middle of a plateau surrounded by steep mountain slopes and waterfalls. The road becomes steeper and we can feel fatigue setting in as our altitude reaches more than 2500m. The landscape greets us with moonscape views: this means we have to pay particular attention to the weather reports, as there are no refuges against the elements and in the event of problems we would be exposed to the cold and rainfall. Having conquered the hill, the road ends near a small lake, on the other side of which we can look over the natural amphitheatre created by the mountains on the French slope. We return along the same route.