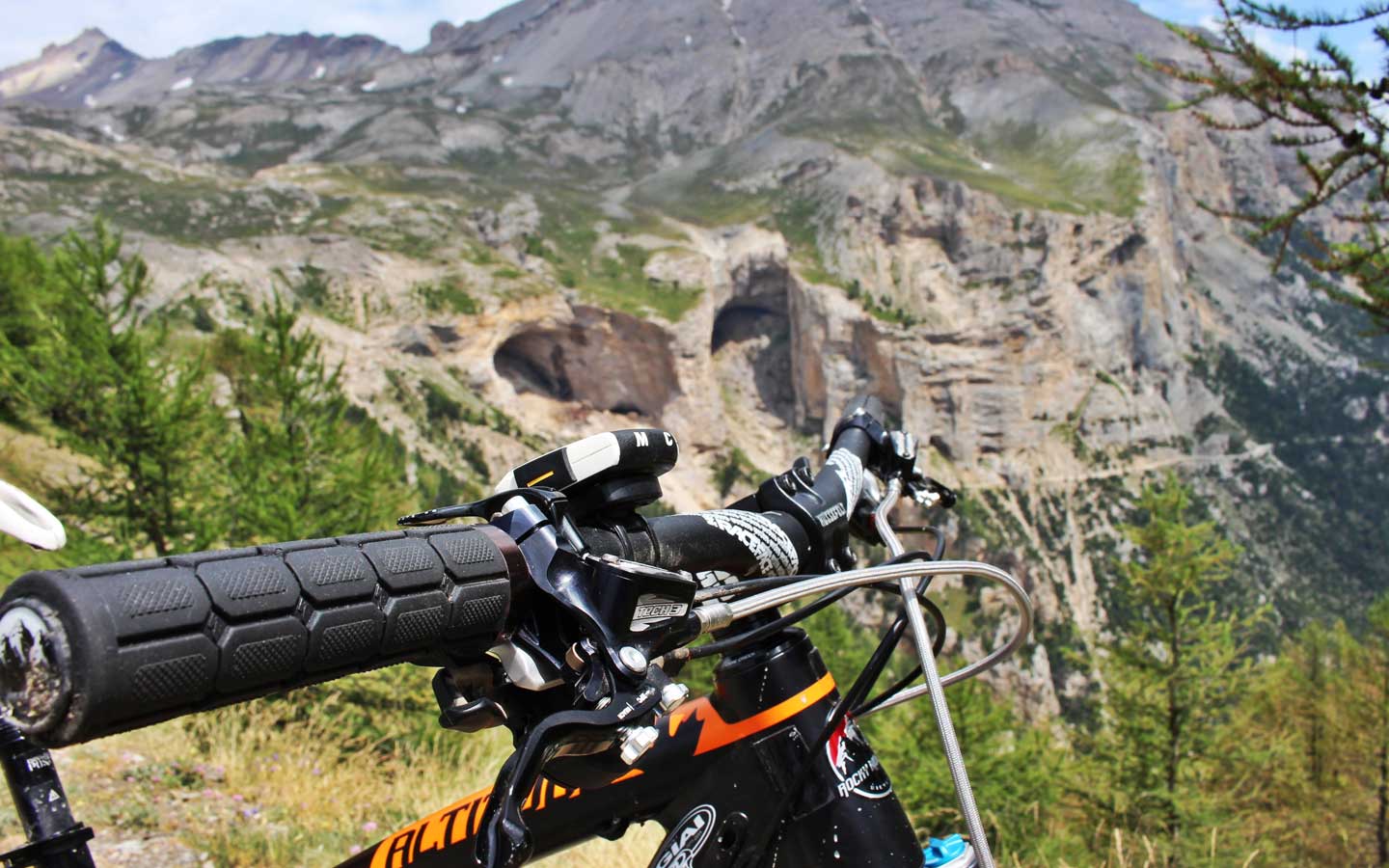 Demanding for the distance and difference in altitude but nonetheless a little adventure in its own right! From the departure point at the Bardonecchia train station we continue towards Millaures on a rather steep asphalted road, then abandoning it in favour of dirt tracks and pathways until we reach the Rochemolles valley, a narrow gorge with some breath-taking Alpine views. Having reached the centre of Rochemolles, we continue along the dirt track that climbs back towards Colle del Sommeiller for 3km until we reach a dam where we join the Decauville track (a long-abandoned railway line built to access building sites of the dam) which ends in the reservoirs of Fregiusa, the final stop of the Jafferau cable-car. From here, a brief journey on asphalt takes us to the beginning of the Pramand military road whose first stop is at Forte del Foens; after several kilometres, we find the fork for Forte dello Jafferau, 2800m above sea level. The road is obliged to pass through the Monte Seguret tunnel, an unlit tunnel that passes through the mountain on a bend meaning that you can see neither entrance nor exit: you definitely need your lights to be able to ride through safely! We then reach the Forte del Pramand and the continuing dirt track: here we embark on a long descent towards albertrand, where you can catch the train (equipped for bike transport) to return to Bardonecchia.