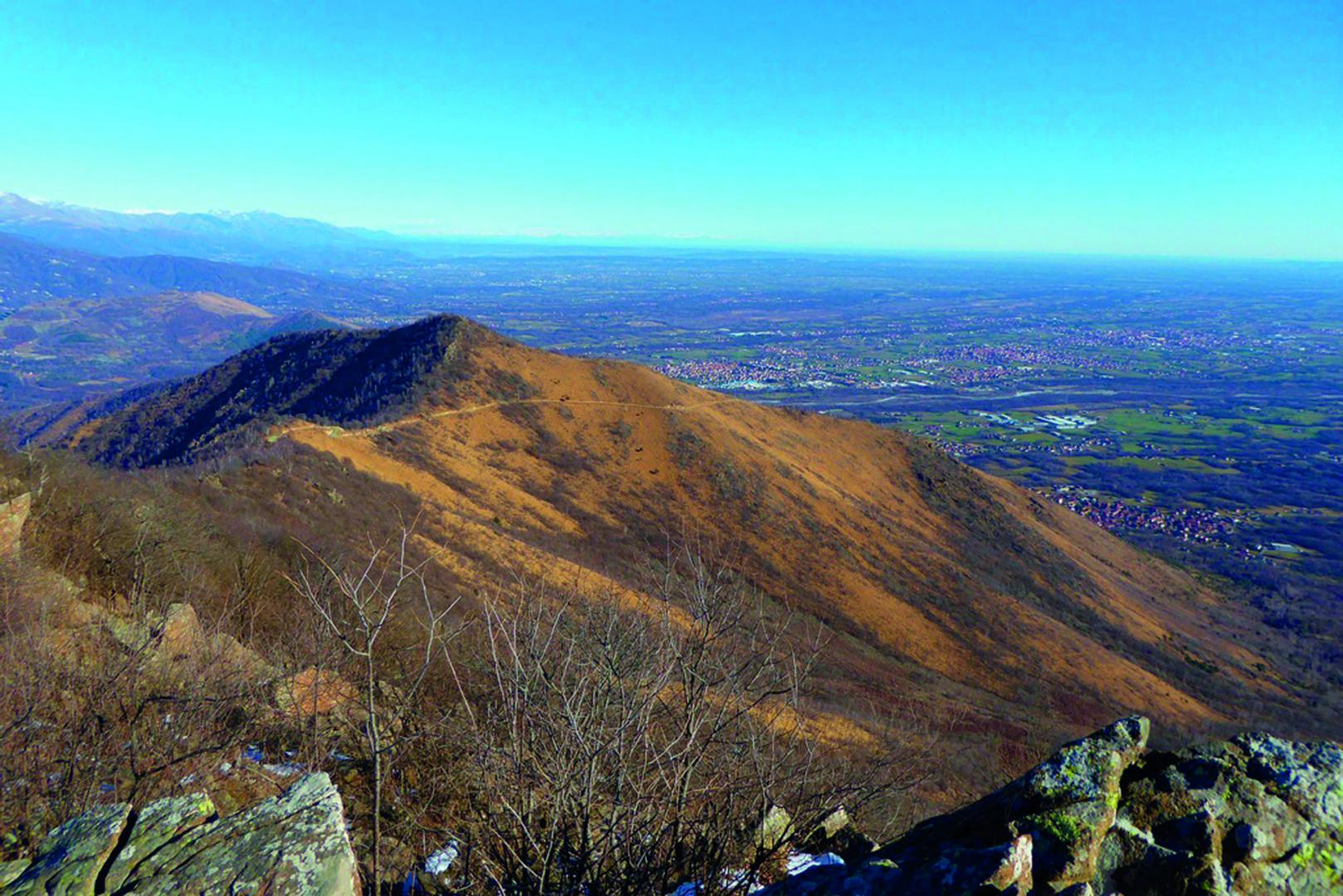 A hiking and cycle-excursionary itinerary that has a circular form and extends for the most part along the valley of the Ceronda Stream. The route is characterized by two sections with different characteristics: a panoramic mountain section, which extends along the slopes of the Ultrabasic Massif of Lanzo, and a section that is almost flat which, at the foot of the pre-Alpine mountain group, runs alongside the protected area of the La Mandria Regional Park.

The hiking and cycling itinerary ANELLO CERONDA (AC) is so called because it develops in an annular shape, extending largely in the valley of the Torrente Ceronda. The route includes two sections with different characteristics: a hilly and panoramic part that extends on the slopes of the Ultrabasic massif of Lanzo and an almost flat slope that, at the foot of the pre-alpine mountain group, runs along the protected area of the Regional Park La Mandria. In both sections of the itinerary, the environment is varied and lovely, some sections of the route offer a boundless panorama of Turin and the Po Valley, along the ancient mule tracks and the rural roads that cross villages, agricultural areas and many leftovers of historical and cultural heritage of the villages of the Low Valley. Starting from Balangero you reach initially the Park of Ponte del Diavolo in Lanzo. The route is divided first on the mountain with a series of ups and downs that will take you to the mountain group until reaching the high peak at Colle del Lys. Once reached the slopes that overlook Valle di Susa, the route begins to go down to find finally the return steps that extend into the flat agricultural zone that surrounds the Park La Mandria till the river Stura di Lanzo, and close the circular itinerary at Ponte del Diavolo. The walk is for non-expert hikers, even if some steps are difficult and fatiguing because of their length and particularly in summer days because of the high temperatures and exposure to the South. Thanks to some variants that avoid the basic hiking routes, the itinerary can be entirely covered by mountain bike. As all the steps are close to the villages, the stage places are both in small tourist or agritourist structures, typical of the territory, and in few refuges. The itinerary runs on paths appropriately marked and most of them on rural and forest roads. You can walk all these routes without any particular equipment all year-round, only in case of heavy snowfall the parts over 1000 m require the use of snowshoes. The length of some steps both hiking and cycling needs a good training. Being a circular track, you can access from any point of the itinerary, and proceed in both directions. The itinerary offers the possibility to vary the route joining the starting point of Lanzo with the Trek Calcante that can become an alternative extension, towards the areas of Middle and High Valle.