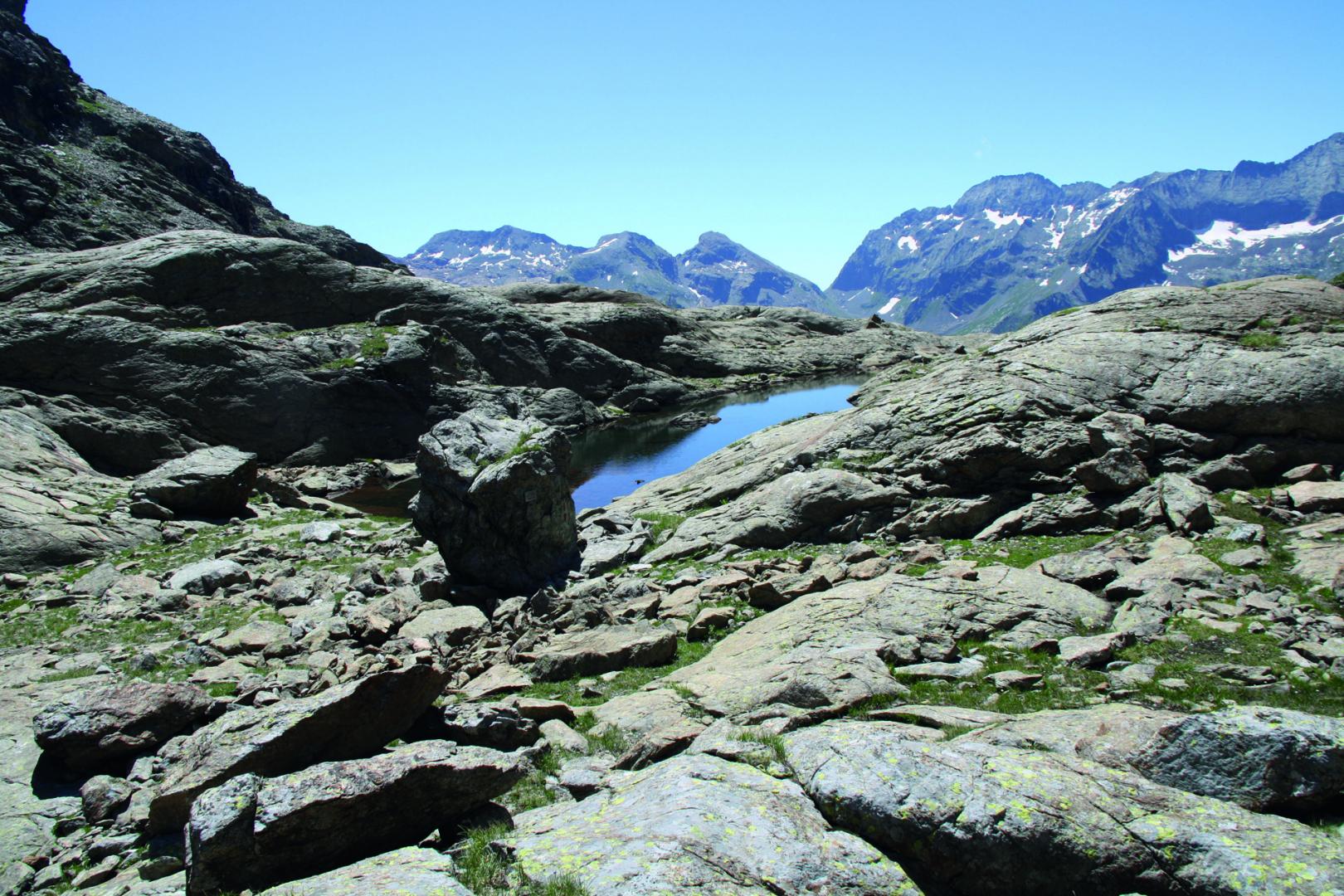 The TOUR DELL'UJA (TU) hiking itinerary is so called because, extending along the sunny side of Val d'Ala, as a point of reference, it maintains the continuous presence of the fascinating mountaintop of the Uja of Mondrone in its panorama, and then it goes on to border on that mountain’s pyramid-shaped peak during the last stage.

The hiking itinerary TOUR DELL’UJA (TU) is so named because it develops along the sunny side of the Val d’Ala, and maintains the top of the Uja di Mondrone as an evocative reference element in the panorama. You will touch the pyramid at the top of it in the last stage. Starting from Cantoira, the route immediately turns towards the peak of the Sanctuary of Santa Cristina, a religious bastion that marks the entrance of Val d’Ala and Val Grande di Lanzo. Then you start to walk longitudinally towards the head of the valley at Pian della Mussa. It is a very varied trek characterized by a gradual ascent starting from the shady side of the beech forest of Cantoira and the woods of Ceres, and then to arrive to the pastures of Ala di Stura and reach the rocky slopes of Uja di Mondrone in Balme, and eventually rest in the pastures of Pian della Mussa. Stage places offer very different opportunities. In the first stages there are the small tourist structures and typical agritourism in the territory, once climbed higher you can take advantage of the support of the operators, previously contacted, available to reach the hiker to accompany him in the valley at their own facilities through the rural roads that reach the pastures. In the last two stages it is possible to enjoy a bivouac always open and available to hikers who are travelling in high mountain, and finally the refuges and hotels of Pian della Mussa. The paths all well signed, and consist on path or footpath and partly on a white road leading to the mountain pastures and on forest tracks. You can walk all these tracks without a equipment in the optimal period from May/June to October, but the length and height difference of some stages require a good training. The recommended direction to travel is from east to west and therefore in a progressive increasing altitude, to face uphill some passages that could instead be more difficult downhill especially if the weather conditions are not optimal. The route offers the possibility to connect and vary the route, at the starting point Cantoira, in the 3 Vallate. This can become an alternative extension, while on the territory of Balme with the GTA and with the Alta Via delle Valli di Lanzo and then, for those who want to extend to the west, until the Tour della Bessanese and France.