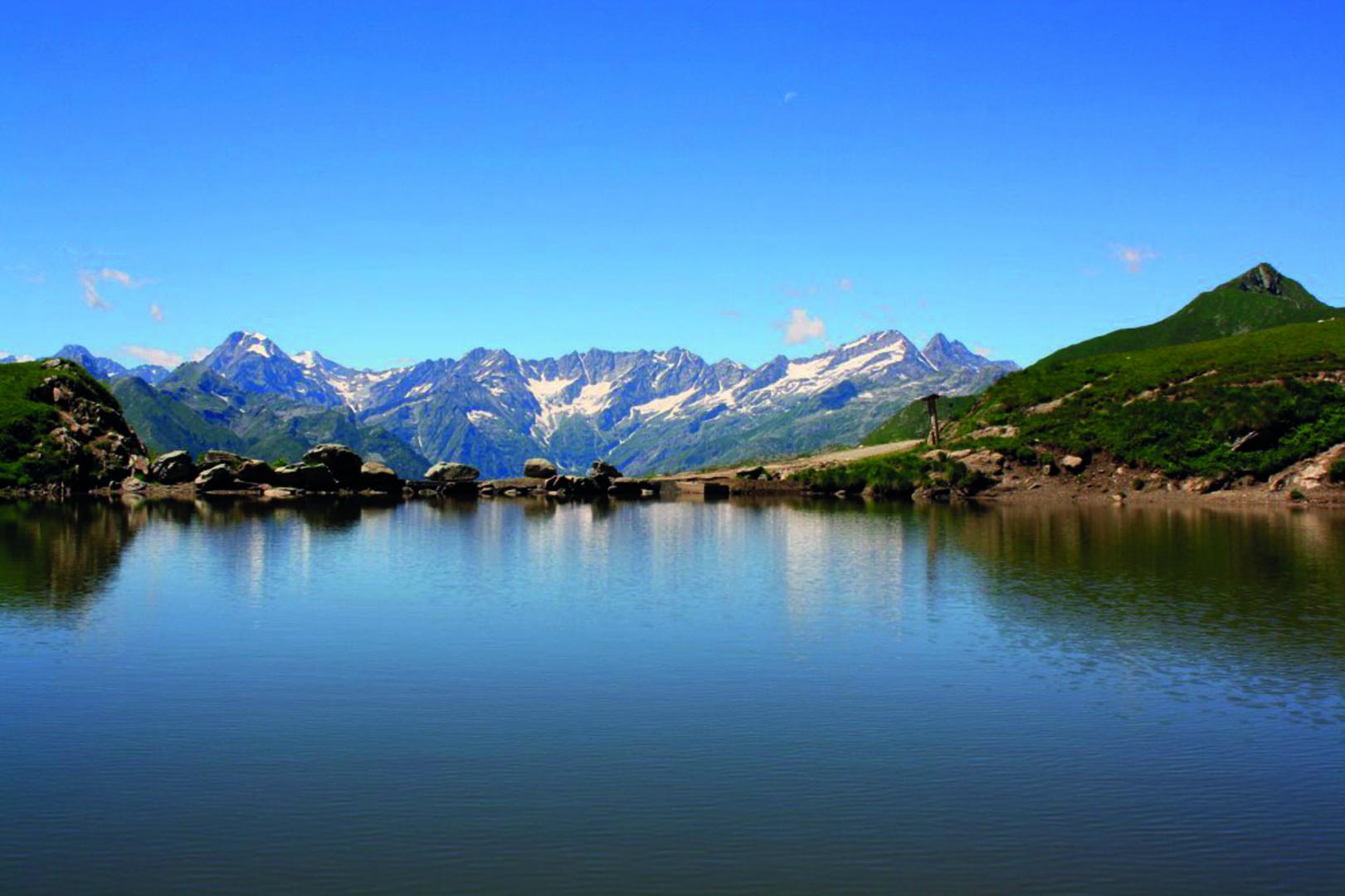 An extremely varied type of trekking that develops starting from the Malone Valley, then crosses the Tesso Valley and ends up in the Val Grande of Lanzo and which then descends along the pre-alpine and alpine ridges bordering on some inhabited areas; it then extends mainly throughout some areas at a medium-high altitude where it meets wooded areas and pastures, until it finally reaches, in some places, very panoramic and picturesque high mountain altitudes among hills and lakes mirroring the peaks that separate the Lanzo Valleys from the Orco Valley and the Locana Valley.

The 3 VALLATE (3V) excursion itinerary is so named because it starts from the Valle Malone, crosses the Valle Tesso and ends after having walked longitudinally through the entire Val Grande di Lanzo. It consists in a varied treking that descends on the pre-Alpine and Alpine ridges, touches some villages, and develops mainly at a medium height. It comes across wooded areas and alpine pastures, until reaching, in some stretches, very panoramic and suggestive high mountain altitudes among passes and lakes on whose water are reflected the peaks that separate Valli di Lanzo from Valli dell’Orco and Locana. Thanks to the complex and varied nature of this route, the stage places offer very different opportunities. They consist of both small tourist and agritourist structures typical of the villages on the territory, and of private refuges at the height of the mountain pastures, or, for a most intense and adventurous experience, of bivouacs always open and available to hikers who have to pass one night at high altitude. The trekking develops both on marked paths or footpaths and partly on rural roads leading to mountain pastures, and on forest roadways. No particular equipment is required to travel on all these roads, especially during the best period from May/June to October, but the length and height difference of some stages require a good training. Although the stages are thought in a development from East to West, that is the sense of the altitude progression, the choice of the trip direction is absolutely free. It is important, anyway, to take into account that the tendency of the paths is steeper in the East - West direction, while, in the opposite one, the walk is less abrupt and implies less efforts and minor fatigue. The journey coincides partially with the route of the Alta Via Canavesana. For this reason, connections to the slope on Valle di Locana, in the Corio territory, are possible; as well as turning North, from the territory of Groscavallo, towards the Parco del Gran Paradiso. The walk joins finally at the western end with the GTA routes and with the Alta Via delle Valli di Lanzo, and then, for those who want to extend their walk southwests, up to the Tour della Bessanese and France.